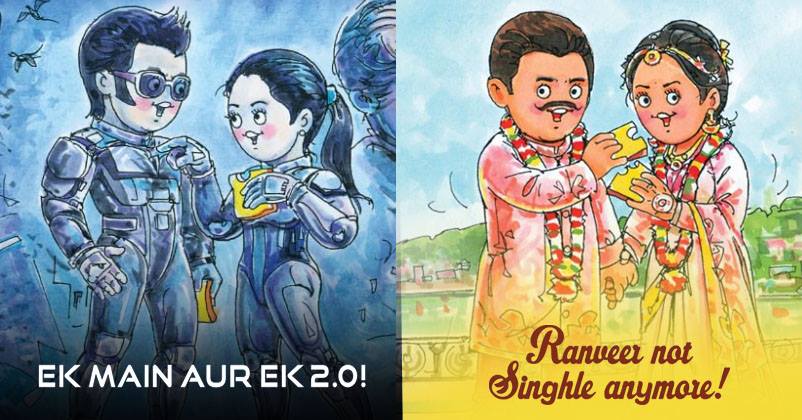 If you were a 90s kid, you’ll probably relate to this more. I remember, how as a kid, I would keep my eye out for the Amul ads which used to appear on billboards back then. They were the sassiest and wittiest ads I’d come across.

And their sass has only gotten better with the years. The PR guys at Amul are fearless, and aren’t afraid to highlight to the reality of the society around them. More than any daily, Amul is quick to comment on any breaking news. And their one liners are hilarious, packed with solid tongue in cheek humour.

As a tribute, we’ve come up with 10 of the best one liners Amul has come up with in the recent times. Check it out:

1. When Amul posted an ode to PV Sindhu and spoke our minds:

2. When they made this pun on the Isha-Anand wedding:

3. When they expressed our feelings about the Assembly Elections perfectly:

#Amul Topical: Congress back in the reckoning, winning in three states! pic.twitter.com/TYGnMERC13

4. When this pun provided a comic relief in stressful times:

6. When Amul was subtle but savage enough to comment on the power politics in women’s cricket:

7. When Amul paid a tribute to the legendary band, ‘Queen’

8. When their display of wordplay won over our hearts:

9. When they managed to find humour even in the CBI controversy:

10. When they tried to inculcate a sense of environmental awareness:

Continue Reading
You may also like...
Related Topics:Amul, Amul tribute

Guy Writes A Breakup Letter To Gym And It Will Crack You Up With Laughter
IndiGo Starts Route Between Bangkok And Varanasi. Netizens Are Calling It Paap And Praschit Route