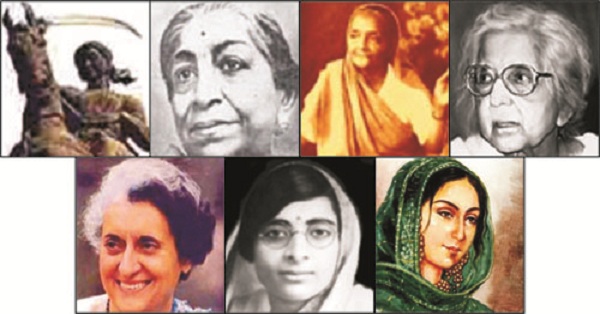 India has been known for great women. From teachers to leaders women have been face of India since long. The land which sees the power of women and pray to them in the form of ‘Sakti’, ‘Durga’, ‘Kali’, etc can also produce such ladies. Here is a list of great women freedom fighters who gave the British a very hard time. Annie Besant was an Irish lady and the leader of the ‘Theosophical Society of India.’ She was the first woman president of the Indian National Congress. She established the Indian Home Rule League in 1906 of which she became President. She started newspaper ‘New India’. She opened number of schools and colleges the most important being Central Hindu College High School at Banaras which she started in 1903. She was the wife of Mahatma Gandhi. She was a leader of women satyagrah. Many times when he was under arrest she took her husband’s place. Kasturba suffered from chronic bronchitis. After contracting pneumonia she died from a severe heart attack. She died in Mahatma Gandhi’s arms while both were in prison. She unfurled the first national flag at the International Socialist Conference in Stuttgart, Germany in 1907. She declared, “This flag is of Indian Independence! Behold, it is born!” It has been made sacred by the blood of young Indians who sacrificed their lives. She is the daughter of Motilal Nehru and was inspired by Rani Laxmi Bai and Sarojini Naidu. She entered the Non Cooperation Movement to fight against the British Rule. She was a great fighter and took part in many of the freedom movements. She was arrested in 1932 and sentenced to 1 year’s rigorous imprisonment. She is called the Nightingale of India and was a distinguished poet, renowned freedom fighter and one of the greatest orators of her time. She was elected as the president of the Indian National Congress. She campaigned for Khilafat Movement. Kamla Nehru was Jawaharlal Nehru’s wife and gave full support to him in the desired direction for the freedom. She spent time in Gandhi Ashram with Kasturba Gandhi. She died of tuberculosis in Switzerland while Jawaharlal Nehru was in prison.

She was an ardent nationalist with socialistic orientation. She was a close associate of Jai Prakash Narayan, who actively participated in Quit India Movement. She was the mother of Jawaharlal Nehru and gave her husband and children to the country’s cause and she herself received praise from the nationalist leaders. ‘Rani of the Nagas,’ the popular title was given upon her by Jawaharlal Nehru for her influence and work for the Nagas. She was the widowed queen of Raja Malla Sarja and frustrated the machinations of British to annex her kingdom Kittore, a tiny principality in the present Belgaum district of Karnataka. She used to go to the battlefield dressed as a man. She used the sword with both hands. She fought till her last breath for the welfare of women in the country and for the noble cause of India’s independence. She played an outstanding role in the Quit India Movement. She was arrested on the charge that she was a vagrant and hence not released in 1931 under the Gandhi Irwin Pact which stipulated release of all political prisoners. She edited ‘Inquilab’, a monthly journal of the Indian National Congress. Aruna was dubbed the heroine of 1942 movement for her bravery in the face of danger and was called ‘Grand Old Lady’ of the Independence Movement in her later years. She was a great Indian freedom fighter who played a major role during India’s first war of Independence (1857-1858). She was also known as Begum of Awadh (Oudh) and she was the wife of the then Lucknow ruler, Nawab Wajid Ali Shah. She fought against Colonel Malcolm of the British Army and defeated him in guerrilla warfare.

Twitter Had A Good Laugh Over #Budget2016! Check Out How Ironically & Hilariously People Reacted
SHOCKING: Shah Rukh Khan Got SLAPPED A Woman For His Misbehavior