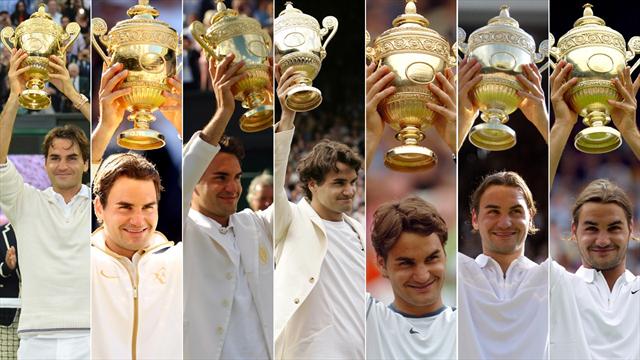 Here Presenting you some Facts about Wimbledon. World War II led for the Cancellation of Wimbledon. In 1940 Centre Court of Wimbledon was bombed during World War II and almost 1200 seats were lost. Play Finally resumed in 1946 but only in 1949 the Bombed area was fully recovered. From the Start of Wimbledon in 1877 to 1921 the Defending Champions of Men’s Singles and Men’s Doubles automatically confirmed a place in the Final and the Rest of them should battle out to Reach the Finals. As per the Tradition Wimbledon has an off Day on the Seventh Day i.e on Wimbledon’s First Sunday there by making it the only Grand Slam Tournament to have an off Day in the Middle of the Tournament. However in 1991,1997 and 2004 rain broke this Tradition. Also Wimbledon starts on the 6th Monday before the first Monday of August. More than 50,000+ tennis balls are used Every year in Wimbledon. The fastest ever serve recorded at Wimbledon was 148 mph by Taylor Dent of the USA against Novak Djokovic in 2010. However he lost the Match.

Wimbledon has Strict Dress Code of All White. If the Players meet any Stipulation of the Code then Umpires will decide it.

Andre Agassi 8-time Grand Slam Champion refused to take part at Wimbledon during 1988 and 1990 due to the Strict Dress codes and Called it “Stuffy” atmosphere. Boris Becker was the youngest Male Champion and he did it with 3 more Feets.

He was the First German to win a Wimbledon.

At the age of 17 years and 227 days He become the Youngest Male to win Wimbledon.

He was the First unseeded Player to win Wimbledon. In 1877 at the age of 15 years, 285 days Charlotte Dod is the youngest player ever to win a Wimbledon singles event. However In 1996 at 15 years, 282 days Martina Hingis became a Wimbledon doubles champion.

Only Seven Championships are not affected from Rain since 1921. So In 2009 Centre Court of the Wimbledon is tested with the Newly Built Wimbledon Roof which is heplful to continue the play even if it  rains. Wimbledon Roof takes 8-10 minutes to be completely Closed. I feel very important. Got to protect David Beckham and Sachin Tendulkar today. I bet they wish they had as many supporters as me. #rooffans

This was Tweeted Last year by @wimbledonroof .

Approximately  28,000 kg of strawberries along with 7,000 litres of cream are consumed every year at the Wimbledon. Strawberries and cream are regarded as a favourite among fans coming from round the Globe. Apart from this 230,000 glasses of Pimm’s , 142,000 Portions of English Strawberries,  350,000 cups of Coffee and Tea and 100,000 Pints of Draught Beer & Lager are Consumed by the Spectators at the Wimbledon. The Wimbledon Royal Box has 74 seats. Royal Box is being used for the entertainment of Guests and other Dignitories of Wimbledon since 1922.

Invitations for the Royal Box include People from the world of tennis,British Families and overseas Royal Families, as well as heads of government, prominent media organisations, also commercial partners, British armed forces. At the end of the day The Guests of the Royal Box are invited to the Clubhouse for lunch, tea and drinks. Protocol – Ladies are asked not to wear hats. Dress should be smart, suits/jacket and tie, etc. So the one who looses in the Round 64 goes Home with a whooping 46 Lakhs  in Singles.

Who do you think will win this Year’s Wimbledon??

Continue Reading
You may also like...
Related Topics:facts, Wimbledon, WimbledonAwaits

16 Truths & Facts About Irrfan Khan That Prove He Is The Real King Of All Khans
Top 10 Hindi Movies That Would Make You Yell “WTF!?”