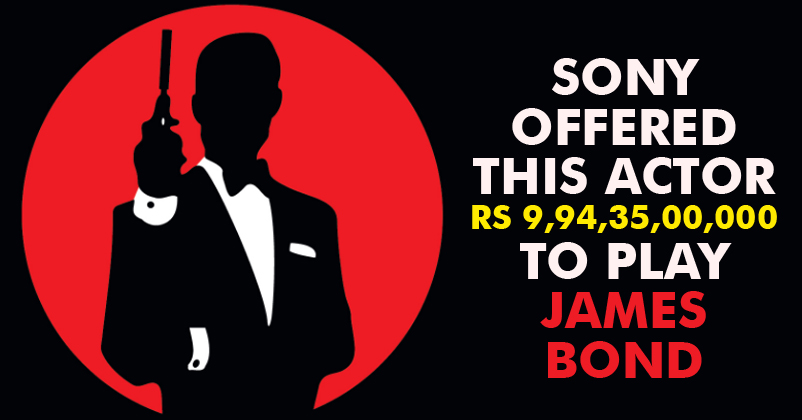 One of the most iconic characters of the world is the famous 007 agent James Bond. It’s a dream of any actor to portray this great character on the big screen. Any actor would love to play James Bond. What if I told you, you’ll get a $150 million paycheck to play the character, what would you say? Yes, you read it correct, I said $150 million. Sony is offering Daniel Craig $150 million to return as James Bond. Daniel Craig who has played the role of British secret agent since 2005, has reportedly been offered the huge amount of money mentioned above to return to the franchise for two more films. Daniel Craig, who has played James Bond in four films, Casino Royale, Quantum of Solace, Skyfall and Spectre. The 48-year-old English actor last year vowed that he was done with the character and would not resume the role. He wanted to move on, play different roles now. He said in an interview given to Time Out, The actor said that he doesn’t care who plays the next bond, he is done with the character. If he ever reprises the role, then it would be for money.

“I’m not in discussion with anybody about anything. If I did another Bond movie, it would only be for the money.”

A source said that the studio wants him to continue the role for two more films while they search for his replacement. A source told the celebrity news website Radar:

“The studio is desperate to secure the actor’s services while they phase in a younger long-term successor. Everyone knows how much executives adore him, and the idea of losing him at such a crucial time in the franchise isn’t an option as far as all the studio honchos are concerned.” Rumors say that Sony have reportedly contacted other actors to play the role of 007 agent, with names such as Tom Hiddleston and Idris Elba were in talks. However on the talk show of Graham Norton, Tom denied being in talks with the studio to play James Bond.

“The thing is the position isn’t vacant as far as I am aware. No one has talked to me about it.”

However it is now reported that Tom Hardy and Michael Fassbender are the two other actors who have reportedly been shortlisted to play the British secret agent.

What do you think, should Daniel Craig reprise the role for the grand sum? Or it’s time to welcome the new James Bond?