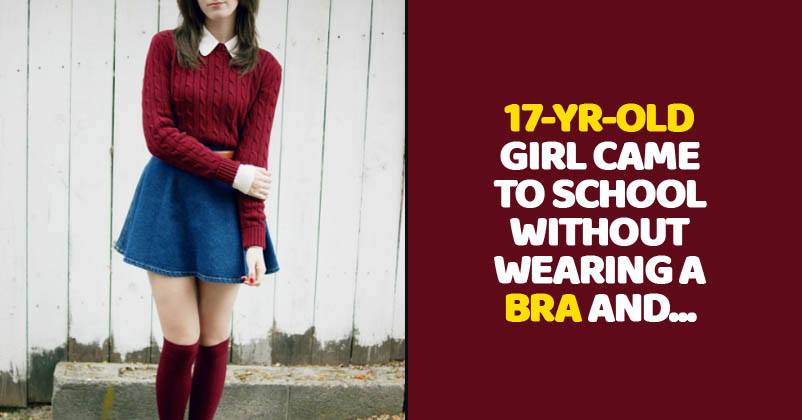 We may get to hear a lot about gender equality but even schools are not following the concept and whenever an issue crops up between a boy and a girl, it’s the girl who is mostly blamed even when she is not at fault.

One of the main issues on which girls are often preached is their dressing sense. Although it is completely a person’s choice to wear whatever he/she wants but girls are deprived of this right.

I decided not to wear a bra today and got pulled out of class bc one of my teachers complained that it was a “distraction to boys in my class.” My school basically told me that boys’ education is far more important than mine and I should be ashamed of my body. @Manateeschools 🙂

It was her choice whether to wear a bra or not and she was not affected by this decision but there were some jerks who found it difficult to focus on studies because of her.

Few hours later, she was called in the office of school nurse and was told that she violated the code of conduct of the school. Even more shockingly, she was instructed to put band-aids on her nipples. 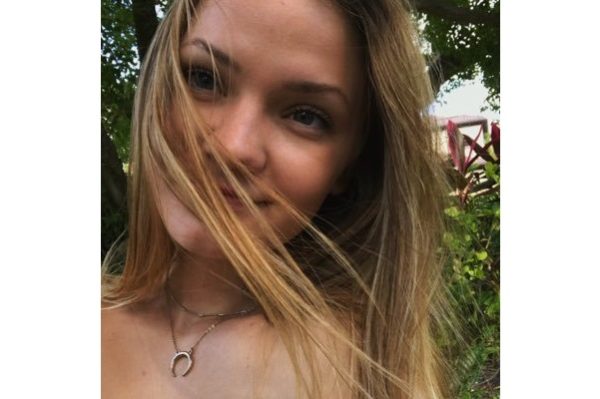 She was humiliated for not being properly dressed as her body parts were distracting others and boys were laughing at her. Dean was reported about Lizzy by a teacher and a male student.

Even after she placed four band-aids, she was asked to jump as to make sure that she won’t be distracting the male students after it.

When Lizzy took this matter on the micro-blogging site Twitter, she was blocked by her school. Even after public outcry on this matter, the school is firm on its decision.

*school has student put bandaids over her nipples because it is a “distraction” then blocks them for calling them out on sexualizing her* :/ pic.twitter.com/x8dEDYjh2c

This incident not only reveals sick mentality of the school authorities but also has an adverse effect on minds of girl students as incidents like this can make them feel shameful about their body parts. It may also make them feel that studies are more important for boys and not for them.

This is really disgusting. What are your thoughts on it?

IAS Topper Sets A Big Example. Marries The Muslim Guy Despite Being Trolled For Dating Him
Mom Asked 18 Yr Old Son To Do House Work & Not Watch IPL. He Hanged Himself To Death