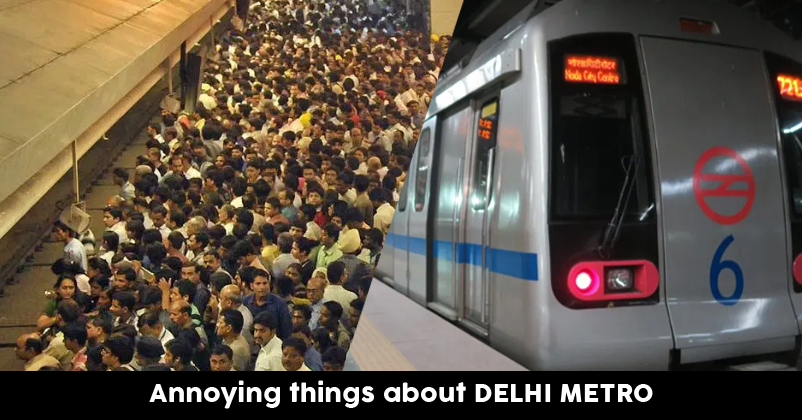 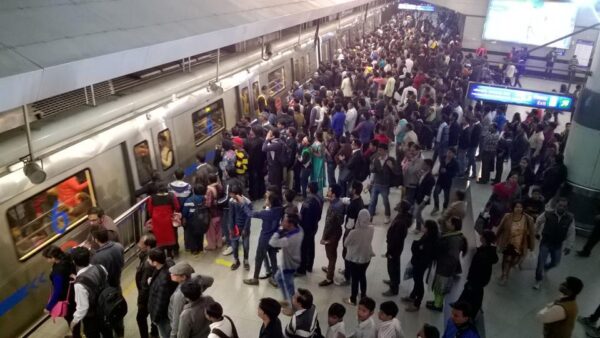 Delhi Metro, a project that has changed the way people travel in the capital city. In such a congested city where population is increasing every day, Delhi metro acts as a relief for travelers.

The metro commuters are able to avoid traffic and travel at a much less rate in an air conditioned environment. With so many stations, the metro is approachable to almost every place.

But every good thing has something bad or annoying associated with it. Here is a list of some really annoying things about this marvelous wonder.

1) People peeking into your screens.

People, what else could be more annoying? People in India don’t respect the privacy or personal space of an individual much. They will sneak peek into your phone to see what you are doing.

2) Crowd not behaving in a civilized way.

People really find different ways to annoy you. They will do things like talking or laughing loudly in metro, unnecessarily fighting for the seats, not realizing the right way to hold their luggage and so many more things.

People need to understand that this is a public vehicle. Behaving accordingly would be highly appreciated.

3) The speed of blue line metro.

Blue Line metro is among the latest metro lines; hence it is very well maintained. The only problem with Blue line is that it travels too slowly.

There are a large number of stations on blue line and travelling from one end to other feels like an eternity. No matter how much you binge watch, you will ultimately be bored and annoyed.

4) The frequency on Yellow Line.

Yellow Line metro has a very low frequency. Sometimes it takes more than 10 minutes for a metro to arrive.

Waiting for so long, that too when you are already late for work is a hell of a lot annoying. The frequency really needs to be increased as people rely a lot on metros to reach their workplace on time.

5) Too much walking for changing the lines.

If you want to change from Pink to Blue line or vice versa, you have to walk too much. The walk is a long as a KM.
Walking so much that too in the Delhi heat is a sure shot reason to get annoyed. An arrangement must be done between changing stations so that people don’t have to walk so much.

Walking so much, make people question about the point of travelling in a vehicle. 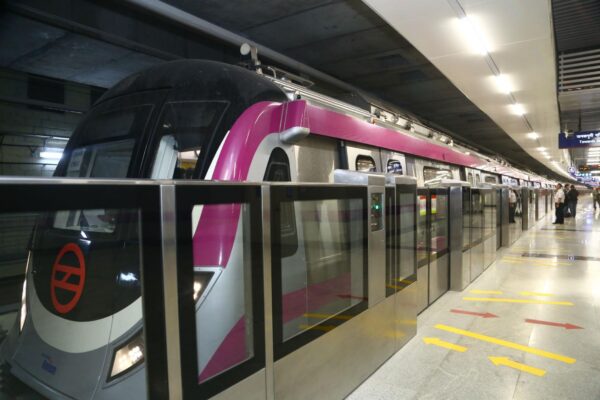 Well, Delhi metro might have some annoying things but one cannot ignore the perks it has provided to the Delhi people.

Alongside that it is also one of the cleanest and well maintained public transports of all time.
Once the people understand, how to behave in such a transport, the metro would really be so less annoying and almost perfect for commutation.

Delhi metro is indeed a blessing for people if they realize its true worth.

Continue Reading
You may also like...
Related Topics:Delhi, Metro

10 Beautiful Places To See In The City Of Lakes, Udaipur
10 Places That You Can’t Miss To Visit On Your Trip To Beijing