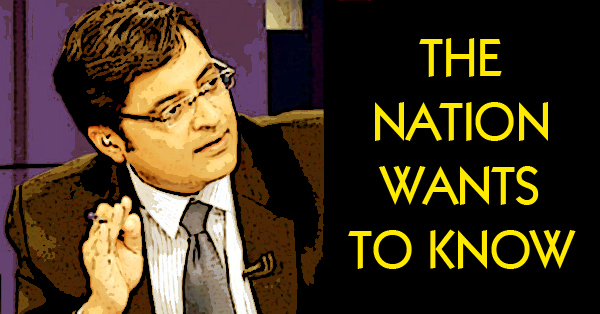 Anything and Everything he does is a news these days!! He Shouts!! He Interrupts!! He Doesn’t Allow Others To Speak!! He Himself Decides What is Right & What is Wrong!! He Is Arnab Goswami!!

He is a Journalist and Editor-in-chief of a leading news channel TIMES Now & anchor of a very popular show NEWS HOUR-which perhaps is the nosiest news show in India. Arnab was recently into news for his reckless comments over India’s Loss in World Cup Semi Finals against Australia, where Arnab Continuously stated that India didn’t lose but it Surrendered followed by many senseless statements which showed up his Immaturity. After the show Arnab & his show was slammed all over the Social Media for his illogical statements on Indian Cricket Team followed by numerous trolls/gags made on Arnab & his show.

Here we bring you 9 trolls on Arnab Goswami which will make you go ROFL!! Comment what do you feel about his statements over Indian Cricket Team. Do you agree with what he said or do you have a different opinion. Did India Fight or did it Surrender in front of Australia? The Nation Wants To Know…