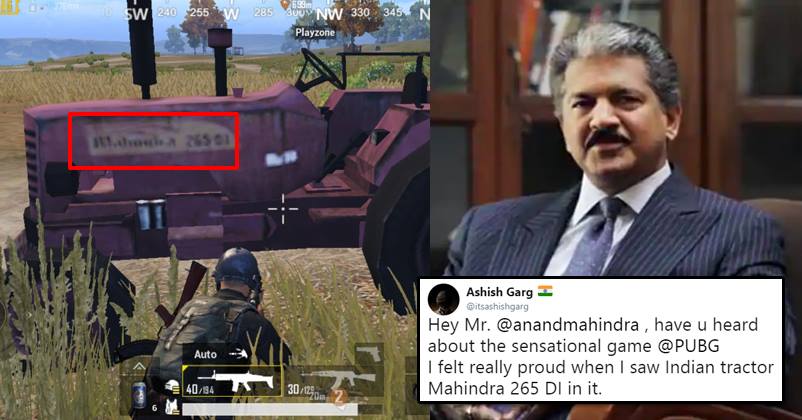 The social media is currently abuzz with the online game called PUBG (PlayerUnknown’s Battlegrounds). The game has become a huge topic of discussions lately, so much so that a major part of memes and social media posts are talking about it only. An average Internet user is spending a big amount of his time daily in playing PUBG.

The latest update about the world of PUBG is that someone has spotted a Mahindra tractor in the game. 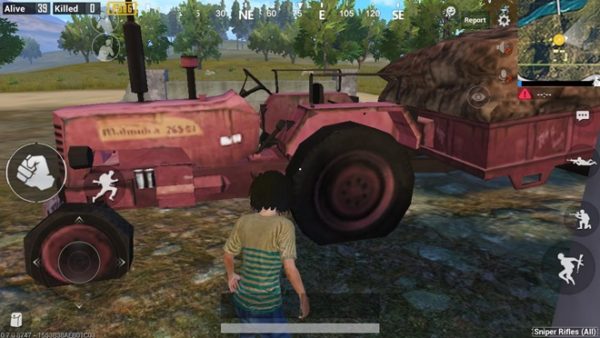 A YouTuber named chocotaco spotted Mahindra tractor 265 DI while playing PUBG and shared what he observed with his subscribers. Watch the video-

After that several Internet users’ eyes caught the Indian tractor in the most played game of 2018 and made it a topic of discussion. Take a look at some tweets –

Could this really be it?
@MahindraRise tractors in @pubg #pubg #mobile Mahindra 2651 DI tractor. pic.twitter.com/U3ltRY0B1U

Mahindra 265 in PUBG.. i wish we could ride this😃 @anandmahindra @PUBG @PUBGMOBILE pic.twitter.com/QR9M4sg1vN

@anandmahindra Mahindra Tractors in the phenomenon that #PUBG is. Currently most popular game worldwide. pic.twitter.com/oHqRXMHiW2

Hello @anandmahindra the tractors in PUBG are from MAHINDRA. pic.twitter.com/mM77CfHMJG

Hey Mr. @anandmahindra , have u heard about the sensational game @PUBG
I felt really proud when I saw Indian tractor Mahindra 265 DI in it.. 🇮🇳🇮🇳 pic.twitter.com/vf14pMZM1a

It was also being talked about on Reddit. Have a look- 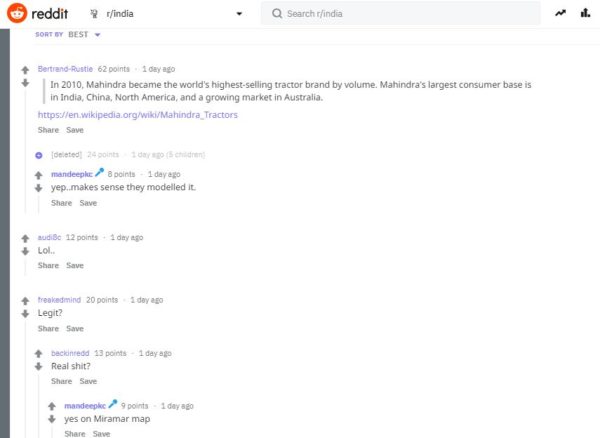 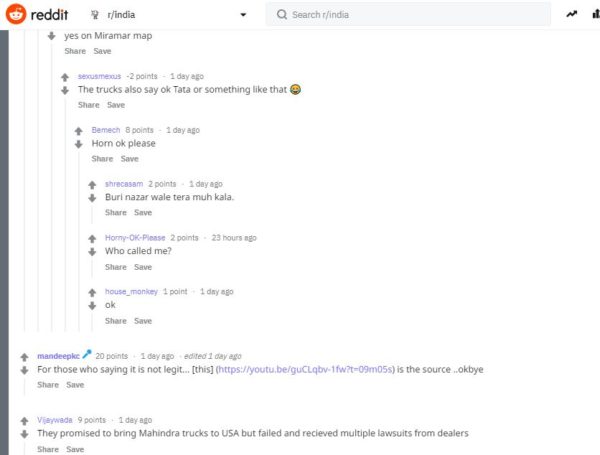 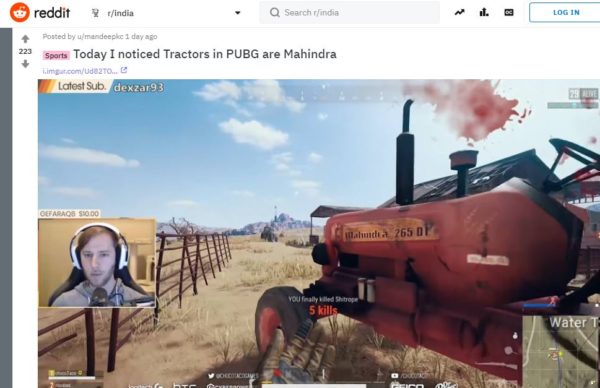 Continue Reading
You may also like...
Related Topics:Mahindra, PUBG

Payal Rohatgi Said Keralites Suffered Floods Coz They Eat Beef, Got Mercilessly Trolled On Twitter
Anand Mahindra Got To Know About Mahindra’s Tractor In PUBG. This Is How He Reacted