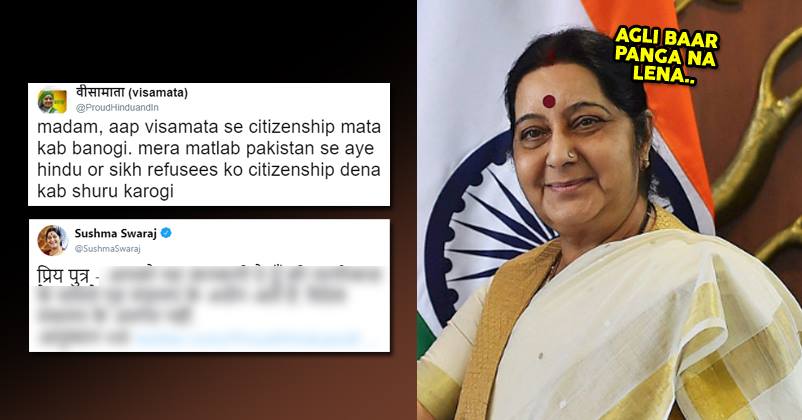 Twitterati is an equal place when it comes to trolling famous personalities. Be it an actor, actress, sportsperson or politician, everyone is trolled on the microblogging site. 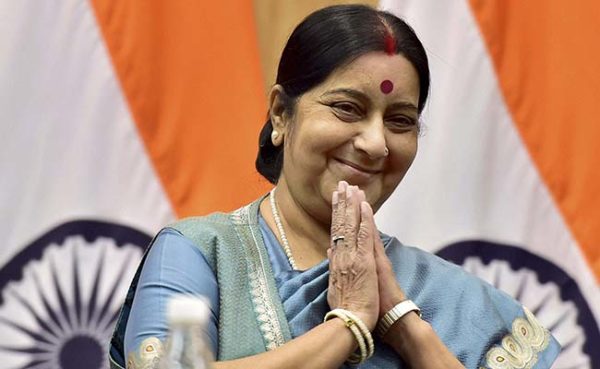 Recently, the External Affairs Minister, Sushma Swaraj and her ministry were attacked by a list of trollers after the EAM transferred a passport official without investigation in the interfaith couple row and subsequently issued them the passports. The official was transferred because he allegedly misbehaved with an inter-faith couple who had come seeking renewal of their passports.

A troller tried to shame Sushma Swaraj calling her ‘visa mata’ and asked why she is not giving Citizenship status to Hindu and Sikh refugees from Pakistan.

Sushma Swaraj replied him with a soft yet very strong tweet. It read as-

Dear son, Let me bring it to your notice that citizen related matters come under the Home Ministry and not under the Foreign ministry.

Isn’t that a stunning answer?

Goa Will Not Be Same For Party Lovers Again. Drinking On Beaches Banned From 15 August
This Guy Walked Down To His Work For 32 KM. CEO Gifted Him His Own Car