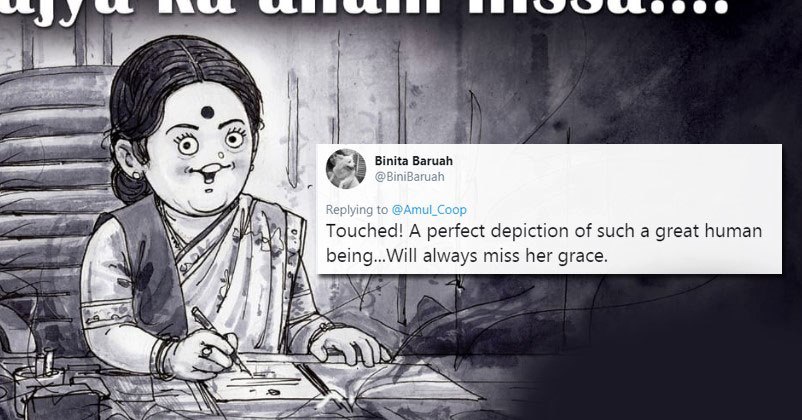 Sushma Sawraj stands as the best External Affairs Minister of all time and also one of the best Cabinet Minister in Narendra Modi led NDA government. Sushma Swaraj was one of the most kind and helpful leader. Sushma Swaraj made every Indian feel she exist and exist to good for others. 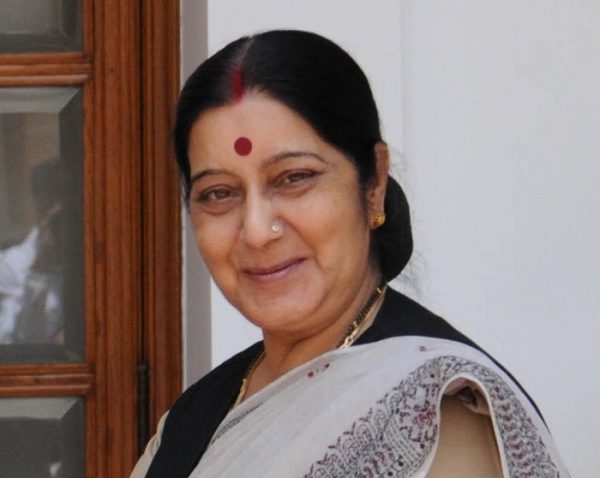 Amul paid tribute to the Iron Lady of India with a black and white cartoon advertisement. In the advertisement Sushma Swaraj can be seen sitting at her desk with her signature attire and laughing with the tagline ‘Swarjaya Ka Ahaam Hissa…’ (integral part of self governance).

Desi Twitter is rooting for the heartwarming advertisement of AMUL. Here’s how people reacted:

Amul beautifully says everything in one picture. Legends are Unique!! https://t.co/W7cpmzUPFK

Your creative team always leaves us amazed and smiling. It brought tears this time…

Born on 14/2, she was the nation’s real valentine!

I was waiting to see what tribute Amul was going to give #SushmaSwaraj mam and I must say, it never fails to impress as always! ❤️ #RIPSushmaJi

Nobody could have put it any better than Amul!

Nice way to show respect from a company😍😍

You never fail to amaze me, whether it is something to laugh at or something tragic like this. Proud of Sushmaji, proud of Amul!

Summed it up aptly

You always have novel ways!

We will miss you Sushma Swaraj Ji.

#DelhiRains: Twitter Flooding With Delhi Drowning In Rain Stories
Twitter Trending With #BestMovieLineEver, These Are The Best Responses From The Movie Buffs