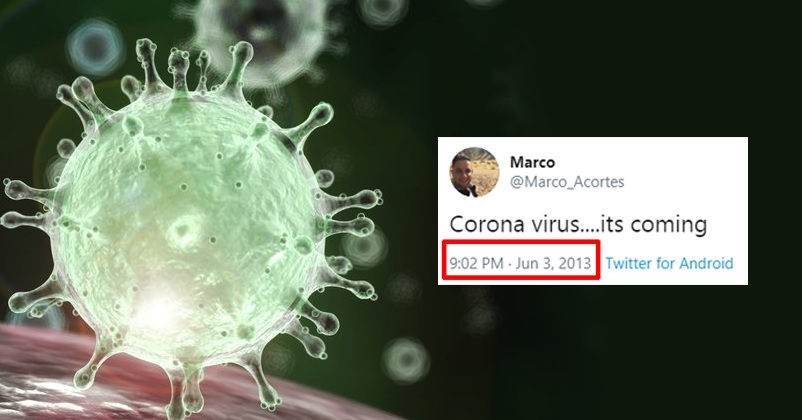 Corona virus has been spreading in the world at an alarming rate despite the fact that the governments of various countries are leaving no stone unturned in making attempts to control the disease. Presently, the number of persons infected with corona virus has crossed the count of 1,30,000 and more than 4,500 people have lost their lives due to this disease. 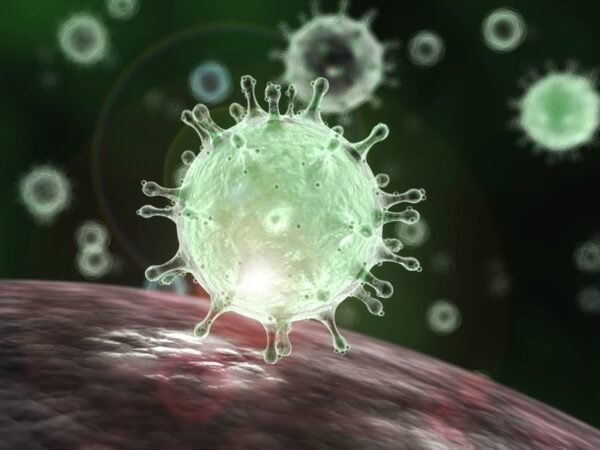 Social media networks are flooded with posts about Covid-19 and how a person should save himself from getting infected but there is one tweet which is giving a rude shock to netizens.

We know many people who can make almost correct predictions about future but you will be surprised to know that there’s a person who has predicted about corona virus seven years ago. The name of the person is Marco (Twitter handle – @Marco_Acortes) and he tweeted, “Corona virus….its coming” on 3 June 2013.

The tweet has gone viral and till now, it has been retweeted for more than 61K times while 111K people have liked it. What is more surprising is the fact that the last tweet made by Marco was in 2016.

Twitter has been flooded with reactions on this tweet and while many users expressed surprise, there was one user who felt that the person who made this tweet hacked Twitter and changed the date. One user tried to play this tweet down by telling that corona virus has been in the world for a long time and SARS is also a type of a corona virus.

SARS (Severe Acute Respiratory Syndrome) is also a contagious and fatal disease which also started in China in the year 2002 but the good thing is that it was controlled quickly.

What do you have to say about this tweet?

Twitter Flooded With The Most Hilarious Memes As Yes Bank Lands Into Trouble
Air Quality Of Delhi Is Improving Significantly Among Corona Lockdown, Twitter Rejoices