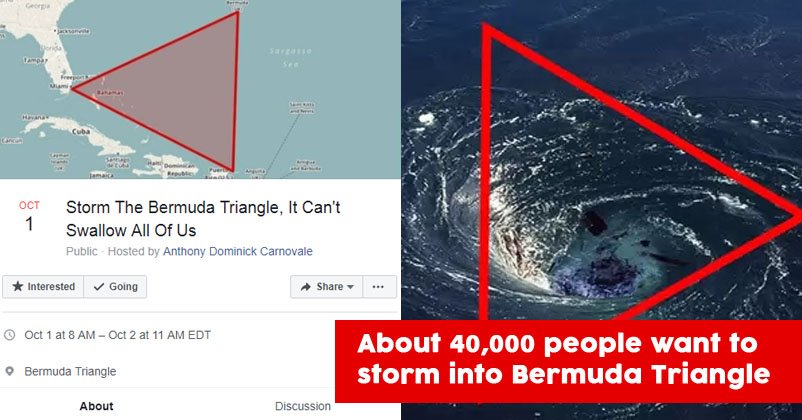 There is a trend emerging wildly on social media platforms. You get to pick out a wildly popular Conspiracy theory and make an event about it and Dam you have instant Fame. This started when a post went viral when people joined forces to raid Area 51, after that, I think now it’s time for Bermuda Triangle.

Area 51 is quite famous and tops consistently for its alien sightings and Secret military missions and whatnot. People pledged that they would rate area51 in an imaginary event. And now almost 40,000 people have sworn that they will raid Bermuda Triangle now.

Bermuda Triangle is yet another place for conspiracy theories, a lot of planes and ships have vanished at the triangle. About 1100 people have disappeared and lost their lines, and no one has an opinion on why.

Talking about bad ideas, this was the father of all. Still, 40000 people have registered in the event, and people are going bonkers over it. Conspiracy or not if there were these people make out and go to the triangle I hope the live stream it.

Continue Reading
You may also like...
Related Topics:Area 51, Area 51 Is Still A Mystery To The World, Most Weirdest, The Mystery Of Disappearances In Bermuda Triangle May Just Have Been Solved. Here's The Theory, trending, Weird