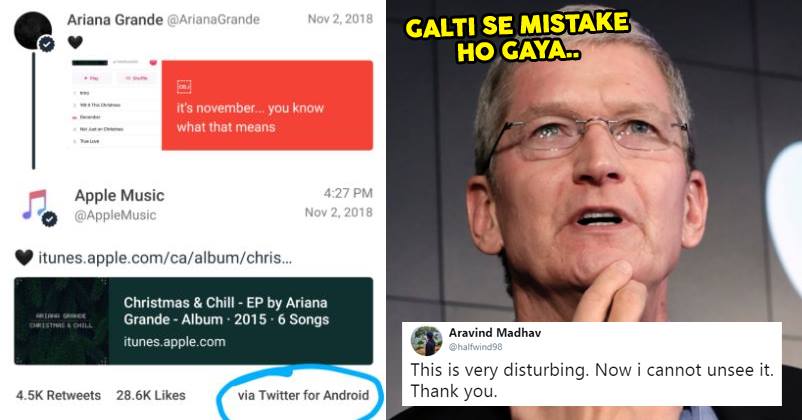 A few days back, Samsung’s PR team got brutally trolled on Twitter for using an iPhone to tweet about one of their schemes. This was probbaly an honest mistake, but that didn’t stop Twitter. 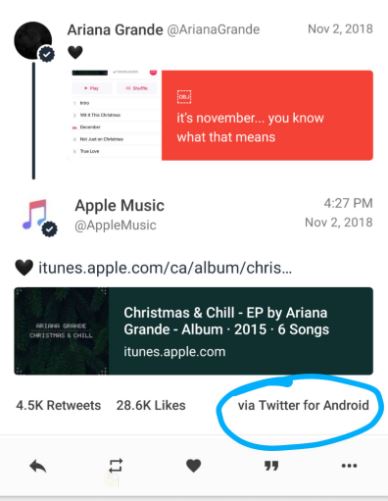 Yesterday, Apple made the same mistake. And Twitter was not too keen on it. The same person pointed it out this time as well. Marques Brownlee who goes by the name @MKBHD on Twitter, tweeted:

And Netizens went nuts. While iPhone users seemed quite upset and defeated over this, Android users rejoiced. Check it out:

Not an exaggeration though.

That's beyond the physics of law pic.twitter.com/ZSXmsFXPPg

Aww, but it’s only fair, right?

Why u gotta do me like that. No one noticed pic.twitter.com/g2LFWWpxal

Some people took it to heart!

This is very disturbing. Now i cannot unsee it. Thank you.

That was pretty much our expression too.

Nothing misses his eye!

Some even tried justifying it!

All the people saying "but Apple music is also on Android" pic.twitter.com/9Q3lB3kR6X

Kapil Sharma Did This With Excess Food From His Wedding, His Move Has Won Our Hearts
A Theory Reveals That Iron Man And Captain America Might Die At The End Of Avengers: Endgame