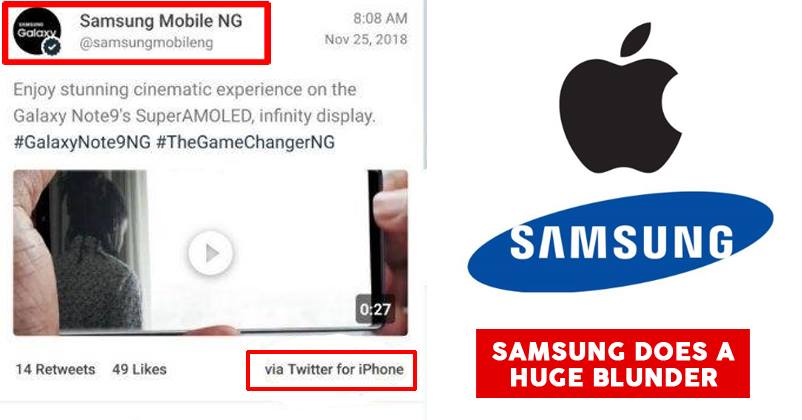 Social media is one of the best things to have happened to us, but again, it has its share of perils as well. We have to constantly watch over our moves and make sure that we aren’t making a mistake.

One mistake could turn you into a meme. Quite literally. And the person handling Samsung’s official Twitter handle is probably banging his head against the wall right now.

The guys in charge of PR from Samsung’s Twitter account made a major blunder yesterday. Apparently, they use an iPhone and forgot to remove the signature before posting. 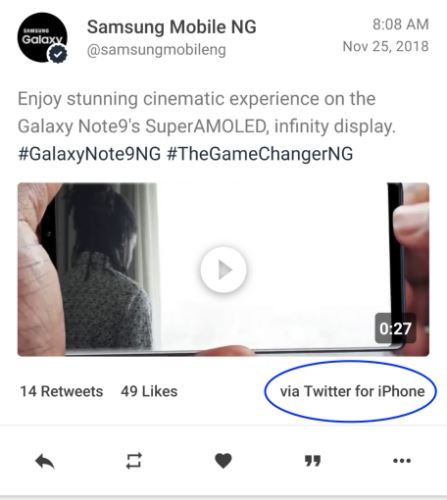 It’s okay to use iPhone Twitter while you work for Samsung, but you need to be clever about it. The self proclaimed Twitter Police, Marques Brownlee, who goes by the name @MKBHD, caught the mistake.

He uploaded the picture. Check it out:

Of course, this immediately started trending and people began to troll Samsung online. Check out some of them here:

Most of them last year. pic.twitter.com/G4fW5AHrQB

Not even samsung uses a samsung wow

Wonder what Apple has to say on this.

Passengers Were Left Terrified When An Engine Malfunctioned In A Frontier Plane
This Farmer Earned Rs.1064 For 750 Kg Of Onion, Sent The Entire Amount To Modi