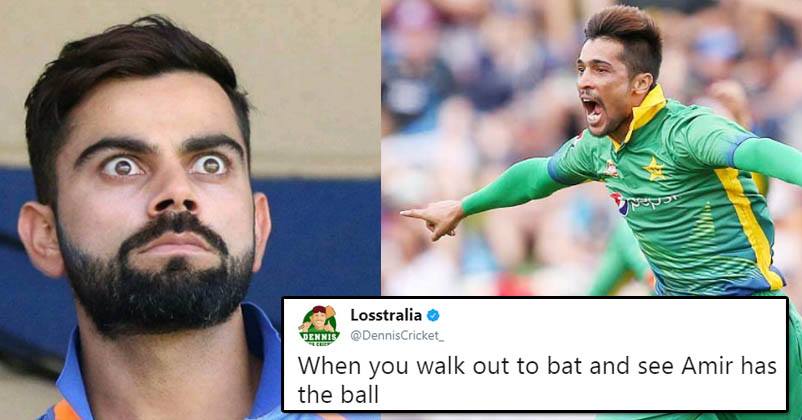 Dennis Freedman has been an Australian cricket writer but time and again, he keeps posting controversial content that doesn’t go down well with cricket fans.

If he keeps his tweets neutral, no one would have a problem, but no, he every time chooses to insult someone or the others, especially Indian cricketers. Often, his posts have stirred a controversy; remember how he tried trolling Virat Kohli by calling him a sweeper?

Yes, he had posted a picture of Virat sweeping the ground and used the word “Sweeper” for him. Of course, he got it back perfectly from Twitterati. However, he didn’t stop there. He went further and insulted the Indian map too by comparing it with women’s lingerie. Looks as if he’s not satisfied with insults; once again, he took to Twitter to make fun of Virat.

This time, he posted a pic of Virat, in which he’s giving a surprised reaction. Dennis captioned the pic as “When you walk out to bat and see Amir has the ball” 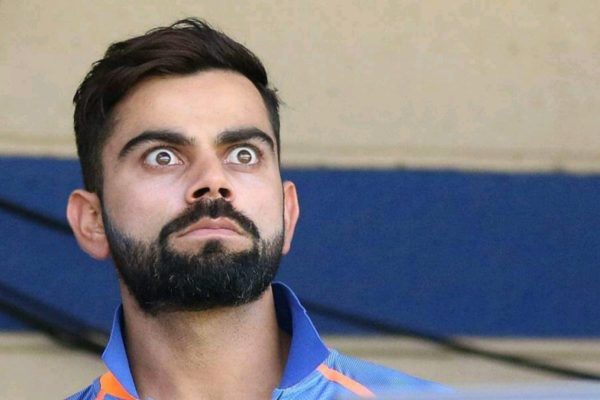 He meant that Kohli is scared the moment he realizes that Mohammad Amir is the bowler. Lol, do you even believe him?

As soon as he posted the pic, reactions started flowing in from Twitter…

No doubt he is great limited over's player but poor record in test . Why you guys jealous of VK that much I can't understand this (2/2).

This @DennisCricket_ is totally obsessed with @imVkohli .got nothing new to post! #sickhead

And when Australians see dis man coming to bat and they don’t know which ball to bowl. Poor ausies.

LOL, this was hilarious. People are not going to tolerate such insulting tweets for Kohli. Glad that he got it back perfectly.

Continue Reading
You may also like...
Related Topics:Dennis Freedman, Kohli

ICC Announces 5 New Rules For International Cricket, Will Be Followed From 28th September
Shahid Afridi Trolls Himself At An Event, People Loved His Sense Of Humour