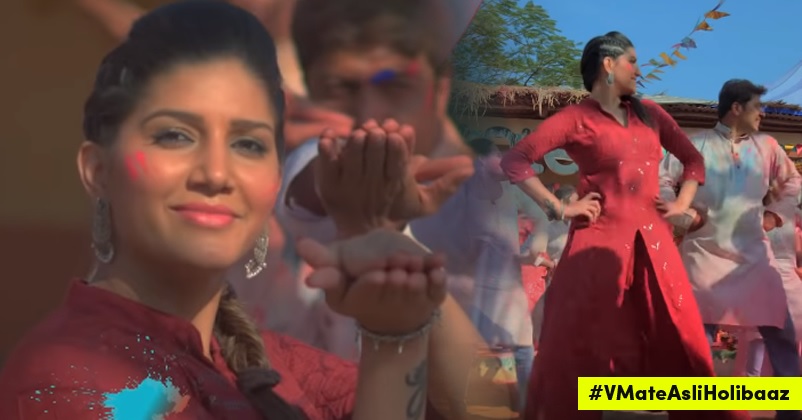 Holi, the festival of colors, is one of the most loved festivals of India and it is one such celebration which is incomplete without people dancing on Bollywood numbers. VMate, the popular short video sharing app, understands the importance of Holi in the lives of Indians and it has come up with a catchy Holi anthem featuring the beautiful dance star Sapna Chaudhary.

Sapna Chaudhary is among the most popular names of the entertainment industry and the dancer who was mostly famous in Haryana and nearby areas has now gained recognition in all nooks and corners of India.

In the video, Sapna is seen grooving on the VMate Holi anthem and she is also asking the VMate users to show their talent as well as spread love and happiness in the world. Through this VMate Holi anthem, the short video sharing app is celebrating the spirit of India and is also giving a chance to the users to win big prizes like smartphone, TV, cash and even a car. There is a sure shot prize for everyone, so don’t miss the golden chance!

VMate has also planned some other activities for Holi; for instance, it has brought the famous YouTubers Bhuvan Bam and Ashish Chanchlani together for the first time and their video can be watched on 8th March.

The former Bigg Boss contestant Sapna Chaudhary who was a part of the eleventh season of the show said that shooting Holi anthem was great fun and she called VMate as a perfect platform for the people to show their skills and become friends with other people.

If you also want to win prizes, you just need to install the VMate app and a make video showcasing your talent. So what are you waiting for? Just grab your phone and install VMate to become #VMateAsliHoliBaaz.