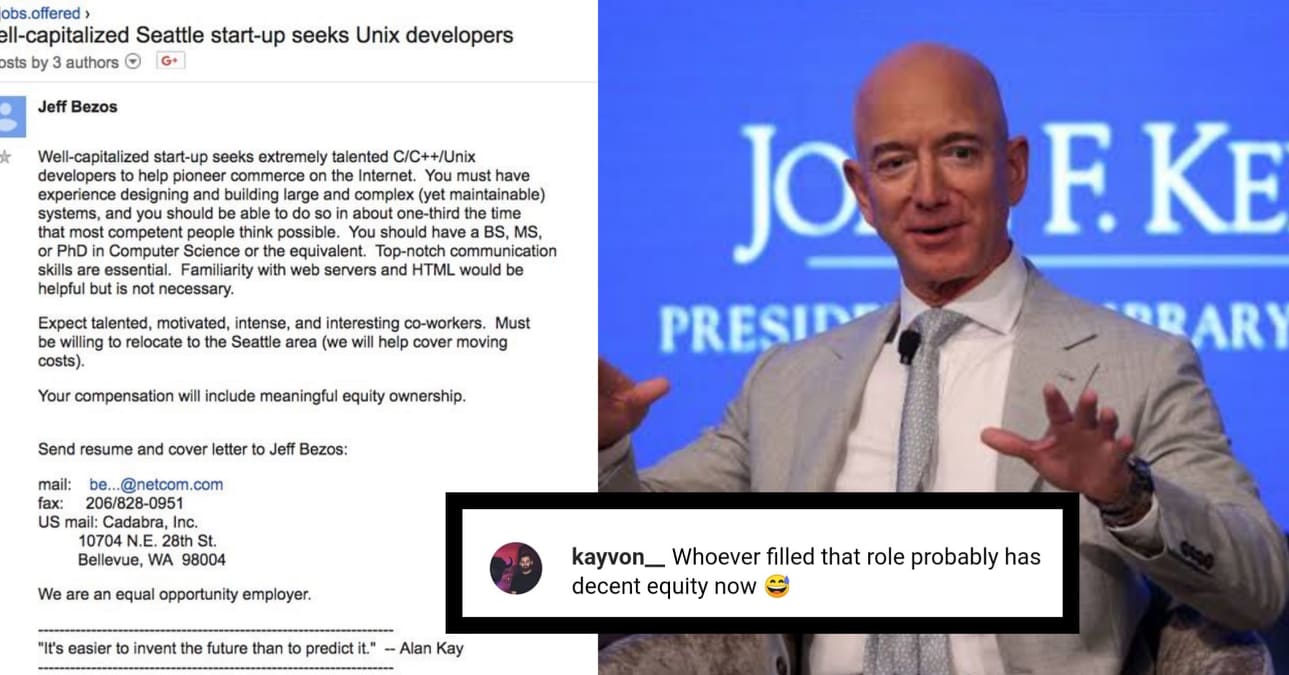 The richest man on earth and the CEO of American technology multinational company Amazon Jeff Bezos shared his first job ad which he posted 25 years ago. Benzos posted this as on August 22, 1994, when he hasn’t even settled down for the company’s name.

With the job ad, Jeff wrote, “I posted our first job opening 25 years ago today when I hadn’t even settled on the name Amazon yet. Feels like yesterday. #gratitude”

I posted our first job opening 25 years ago today, when I hadn’t even settled on the name Amazon yet. Feels like yesterday. #gratitude

As per CNBC report, this ad was posted on Usenet, an online public announcement board and discussion web started in 1980. The ad was once again introduced to the world by TV anchor Jon Erlichman.

As soon as the ad went viral on the internet people started sharing it and replying to Jeff’s post. People wanted to know who was hired for the job in the company which is the biggest e-commerce company in the world.

Here’s how netizens reacted to Jeff’s post on social media. 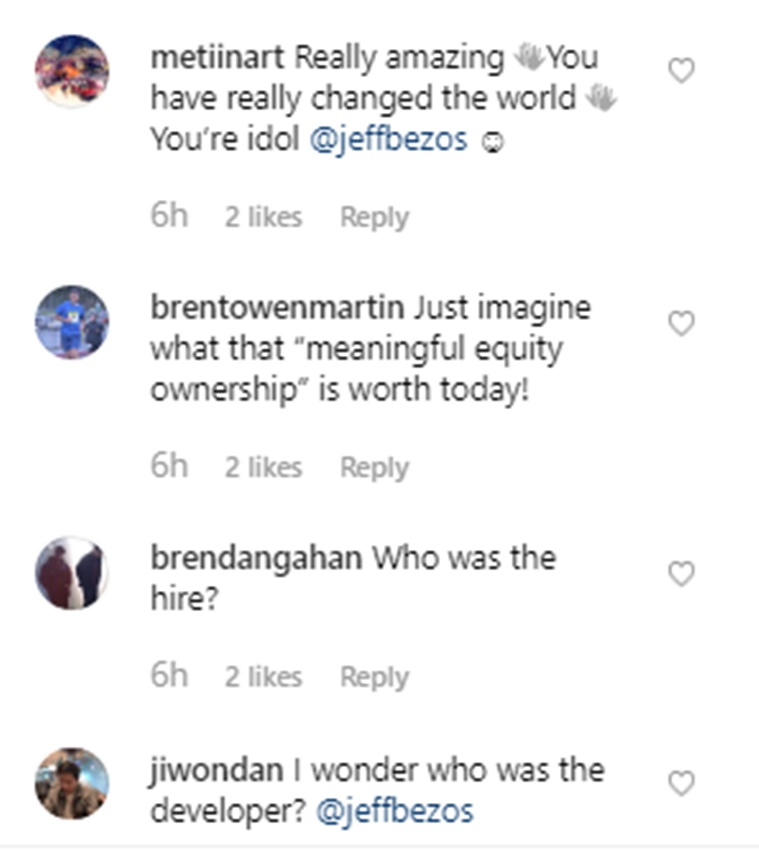 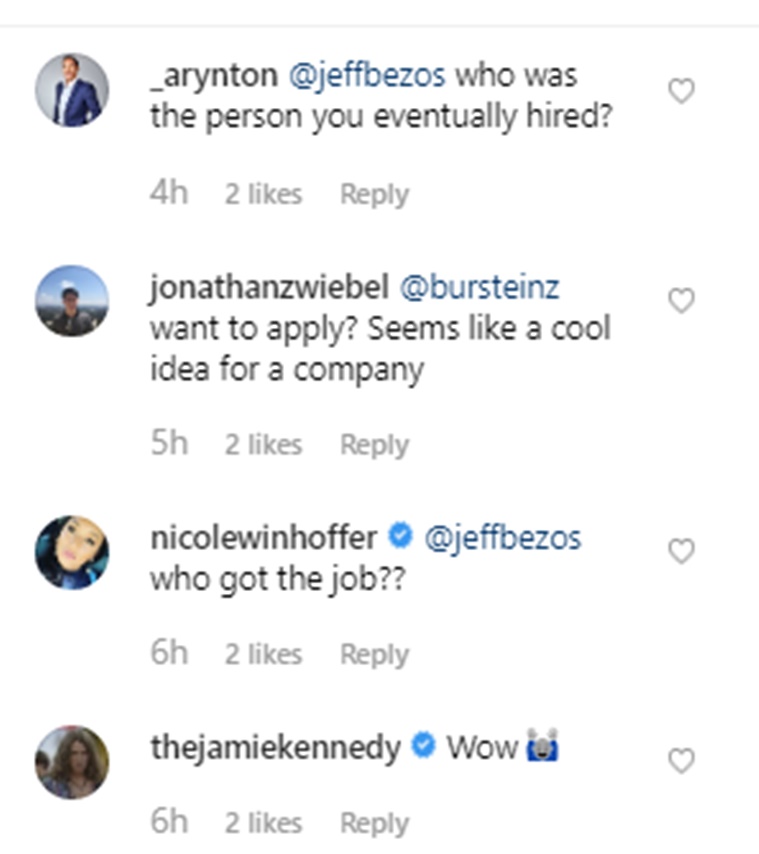