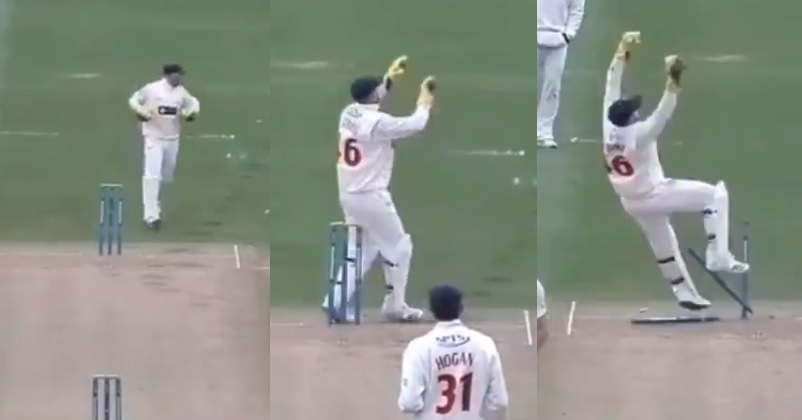 The county cricket is going on in full swing in England and a funny incident took place during the match which is being played between Glamorgan and Kent at The Spitfire Ground, St Lawrence, Canterbury. On the second day of the game, Michael Neser was bowling the 28th over of the innings and the fourth delivery of the over, Sam Billings played a shot towards the fine leg and ran for a single. 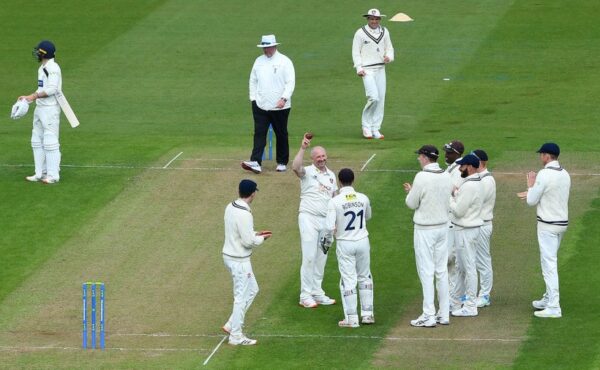 Chris Cooke, the skipper of Glamorgan who is also the wicketkeeper, ran towards the stumps. The ball was fielded by the fielder in the deep and Cooke was standing in front of the stumps to collect the ball. However, the throw was a little misdirected so Cooke had to move a little to collect the ball and in this process, he crashed the stumps and two stumps got uprooted. This brought smile on the faces of the players and the commentators also had a good laugh. 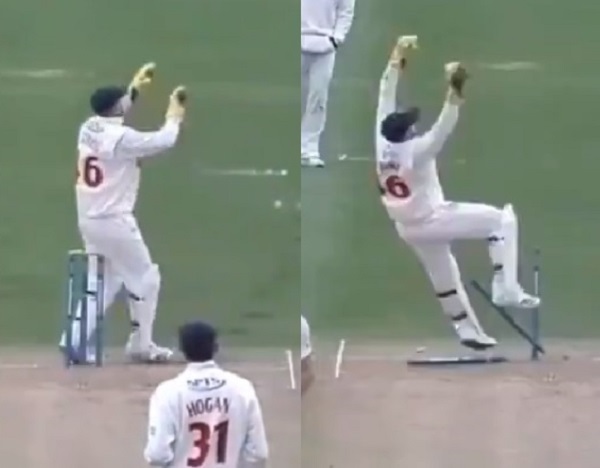 The Glamorgan cricket county posted the video clip of the incident on its official Twitter handle with caption, “@Cooky_24 His teammates enjoyed this one from the skipper!”

As far as the match is concerned, the toss was won by Glamorgan and it decided to field first. Batting first, Kent posted a total of 307 runs in 76.2 overs with the help of a blistering knock of 45 years old Darren Steven. Darren scored 190 runs in just 149 deliveries and his innings included 15 fours and the same number of sixes as well. In response, Glamorgan has scored 55-2 with Joe Cooke (10) and Billy Root (21) on the crease.

“You Play For Bread & Butter, We Play For Fun,” Yajurvindra Recalls What He Told Geoffrey 42Yrs Ago
David Warner Shares Recreated Version Of Allu Arjun’s “Ramulo Ramulo”, Gets Trolled By Wife