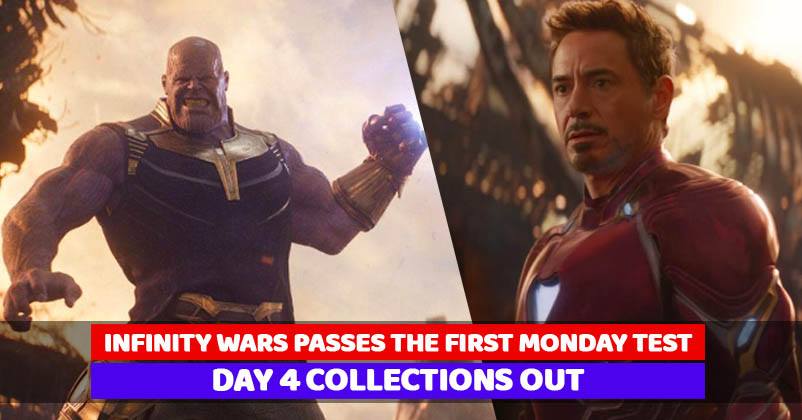 Avengers: Infinity War is literally breaking the Indian Box Office. The film is a phenomenon worldwide and even in India is doing some mind-blowing business.

The Hollywood biggie released on 27th April and took a fantastic start. It was the biggest opening of this year beating all the Bollywood films released so far this year.

On Monday, it had to pass a big test and Avengers did it. The film remained rock steady on Tuesday with collections of 20.50 crores net. The Friday-Monday drop was 35% which is excellent result considering the opening was huge. 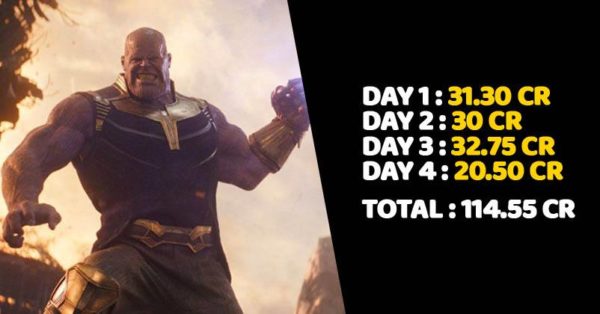 The 4 day total business of film is 114.55 crores net and looks like it will easily reach the 200 crores mark.

So far The Jungle Book is the highest grossing Hollywood film in India. It earned 175.16 crores net in India.

Do you think Avengers: Infinity War will be first Hollywood film to cross 200 crores in India?

Continue Reading
You may also like...
Related Topics:Avengers Infintiy War

Fans Requested Shilpa Shinde To Work With Vikas Gupta. Here’s What Shilpa Replied
If Avengers: Infinity War Was Made In Bollywood, This Would Be The Star Cast