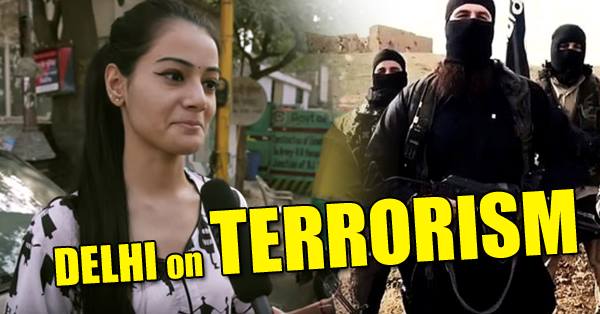 Terrorism, the act of using fear and violence so as to intimidate governments and the societies, is trying to build terror across the world.

When recently Paris went through a heart breaking terrorist attack, the team of IndiViral tried to figure out what exactly is the take of the youth of Delhi on terrorism. To know, if Delhi is ready to fight back terrorism, what they think about it, how they want to fight against it?

This video is an insight on the view of Delhi have on terrorism. Some of them just NAILED it, specially the last one.

After watching this, one thing is for sure there no tolerance for terrorism, be it any in part of the world.

We would like to know what thoughts you have on terrorism.

Continue Reading
You may also like...
Related Topics:Delhi On Terrorism, Terrorism

A Woman Whose Life Became Miserable After Marriage – Watch What She Did Next With The Wedding Saree
Watch : 31 Years Old Video Of Rajiv Gandhi Justifying 1984 ANTI-SIKH RIOTS Released