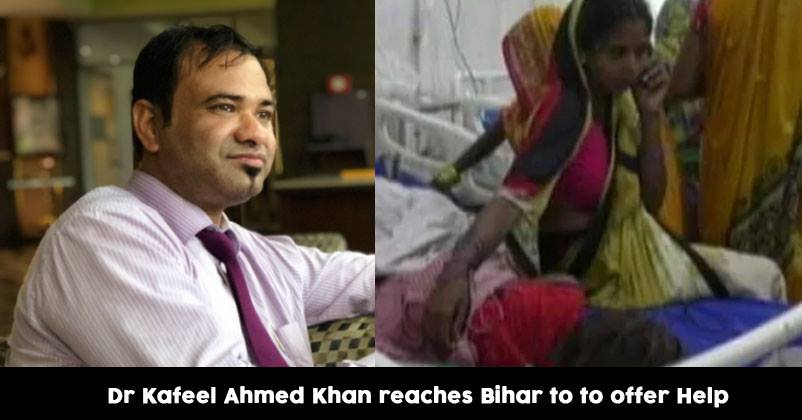 At the time of the death of children due to lack of oxygen in the BRD Medical College in Gorakhpur, there were a lot of headlines in the name of Dr. Kafeel Khan, during that time. Reason? He bought extra oxygen cylinders from outside so that children in the hospital won’t suffer. He was charged and had to remain in prison for several months.

Now Dr. Kafeel Khan is making headlines for children who have lost their lives because of Acute Encephalitis Syndrome at SKMCH Hospital in Muzaffarpur. He said that the government should immediately arrange the 200-bed ICU with immediate effect in SKMCH. Kafeel had reached a health camp in Muzaffarpur on Tuesday, during which he also went to SKMCH Hospital. They took children from ICU to the ward and watched their families and talked to them.

Amidst all this, the question still remains. What is the government doing? Where are the facilities? Children are sleeping on the floor, patients are given rotten fruit. Most of the children there are no more because of malnutrition. What is the Health Minister doing? He is either asking about the cricket score or sleeping in the middle of the interview!

117 children have lost their lives till now and the numbers are still increasing. And this happens every year in Bihar. In 2014, 139 children lost their lives to this disease. Dr. Harsh Vardhan our Health Minister had visited the hospital in 2014 also. He had promised 100 beds more to the hospital. Well, where are they? You can see in the video how people are sleeping on the floor.

Why are we so caught up things that do not even matter? Why is the nation nor scarred by this? 117 innocent children have lost their lives. 117 families have lost hope, love. Children are passing away right in their parents’ hands. When will we stand up for this? When will we realize that it could have been our family at their place? When will we realize we need to voice our opinion and stand for these families and that too NOW.

How are we doing our bit, to make this India better, safer?