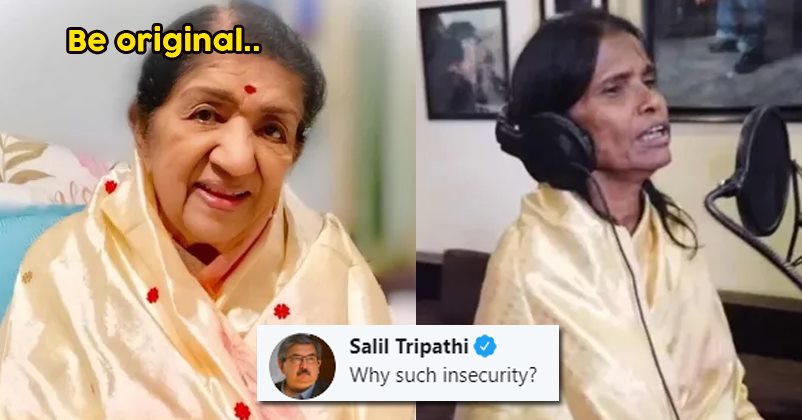 Ranu Mondal, a singer who was just an unsung hero until someone recognized her talent and uploaded her video on the internet. Her sweet voice took the internet by storm and she rose to fame overnight. Netizens were praising the singer for her talent while Bollywood also welcomed her with open hearts. Meanwhile the 90 years old ace singer Lata Mangeshkar took a jibe at her for imitating her. 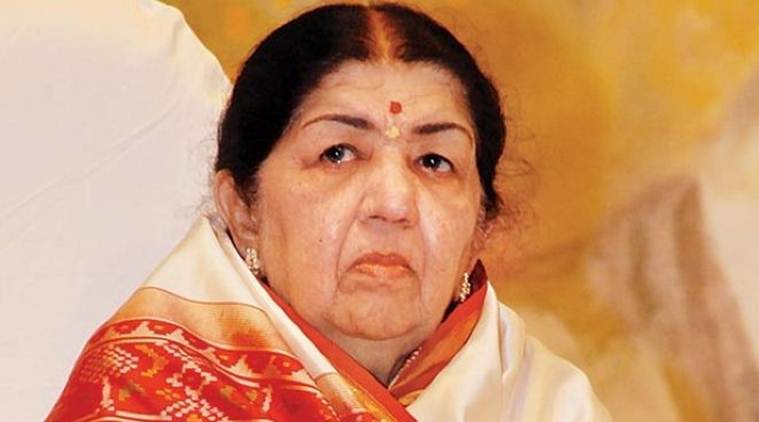 When Lata Mangeshkar was told about Ranu Mondal, the former says that she is happy if someone gets benefited because of her name and work. Mangeshkar, who has been ruling the Bollywood industry with her voice also added that Ranu will not go far if she keeps on imitating (her).

However, this did not go down well with the twitteratis and they slammed the singer for her harsh words.

Not a single word of appreciation for the poor lady who wanted nothing but two square meals for singing a song. such shallowness is not expected from a person of this stature and age as Lataji. 😕 #RanuMondal #LataMangeshkar

I am a big fan #LataMangeshkar ji but today her comment on #RanuMondal shows how tall people treat small ones.

Why is #LataMangeshkar behaving like a typical old cranky lady of any Indian society? We have to support people like #RanuMondal , what's with the behavior? Jealousy or insecurity?

Lataji's is truly Great.
But, she did a lot of #dirtypolitics to stay on top.
Lata Mangeshkar reacts to #Singer #RanuMondal's Newfound fame.
Her singing Lataji's song 'Ek Pyar Ka Nagma Hai' on a #Rlyplatform.
She recorded a #song with #HimeshReshammiya pic.twitter.com/UNGw3eXLtc

No other living Indian has received so much love and respect from billions as Lata ji has. This is so disappointing.

#LataMangeshkar With due respect i disagree with u Ma'am and condemn ur criticism for #RanuMondal,u need to be little gracious in your remark and should support her in place of criticising her ,She has nothing to loose ,so who cares about ur point of view. Sorry for being harsh.

With all due respect to Lata ji, I found no resemblance between hers and Ranu's voice. The latter's is more sweet.

The age, the age.

At 90 plus, I would expect myself to be generous with kindness in words, if not by deeds.

This creature is Jealousy personified.

Video Of Putin Playing With His Watch While In A Meeting With PM Modi Is Going Viral
Fans Ask Why Captain America Traveled Back In Time, Avengers Writers Have The Answer