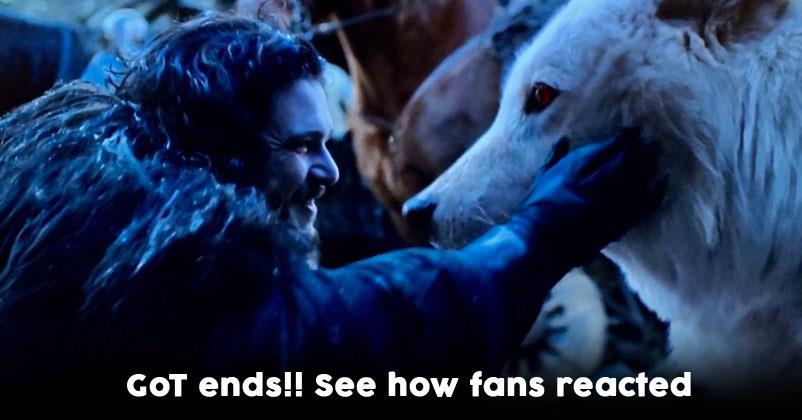 Game Of Thrones has come to an end, and it is heartbreaking. It is something that we grew up with. From binge-watching, all the seasons to waking up early morning to catch the episodes, we have literally grown up.
The fight for the crown, the wars, the people. Everything became a part of our lives. Now, when the finale has come, most of us are left in tears.

The whole season was a tug of war on Twitter, but this finale united all. See how people are dealing with this end:

me waiting for the real ending after the credits #GOTFinale pic.twitter.com/FW4l71HFXo

They probably added this scene last minute like 2 days ago #GOTFinale pic.twitter.com/UOVxDekZ4Z

*Cersei, Dany, #JonSnow and everyone else fighting for the Iron Throne*

Random GoT producer:
"Maybe we should focus more on the storyline instead of cool CGI shots"

Bran sat throughout #GameOfThrones doing nothing. Lied that he didn't want to be king while allowing #JonSnow , Dany and everyone else do the heavy lifting. Only for him to end up ruling. #GOTFinale#TheFinalEpisode

Bran is a politician pic.twitter.com/InFctp6RGe

Our watch has finally ended.

Continue Reading
You may also like...
Related Topics:best Web series, Game Of Thrones