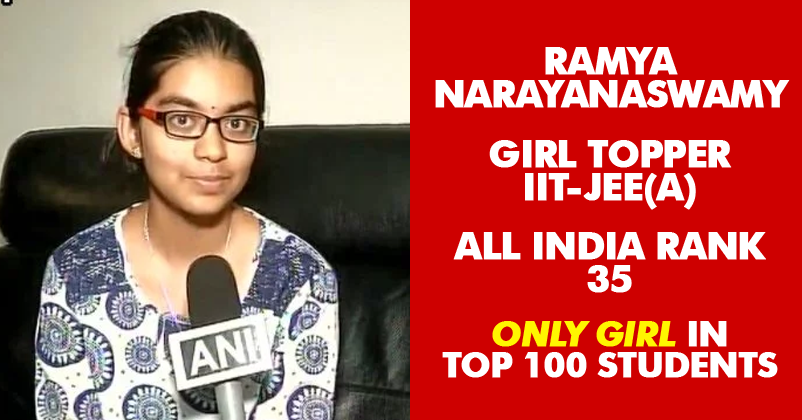 You might have heard a lot of IITians, and now stand up comedians, joke about the fact that there are hardly girls in the most reputed engineering institute of India. Well, the trend seems to continue as it is, because girls’ participation doesn’t seem to be rising.

While girls are outshining boys in Class 12 board examination, it’s totally different story in IIT JEE. Not only is there far less amount of girls ranking high in the exams, the participation is also weak.

As unfortunate as it may sound, Ramya Narayanaswamy from Hyderabad, was the only girl this year to get a place among the top 100 rank holders in IIT JEE. Her rank was 35th. The gender gap on IIT campuses can be estimated from the fact that only 33,358 girls registered for the exam compared to 1.38 lakh boys. A total of 43,318 boys accounted for 86% of the successful candidates this year, with 7,137 girls qualifying. Isn’t it sad? Now, this is alarming and tells us how much we need to push and motivate girls for higher studies. A little bit difference can be avoided, but such vast gap can’t be ignored at all. Without the growth of women, our country can’t be developed.

Click Drivers Talking On Phone & Get Cash Reward From UP Govt! Amazing Idea To Reduce Accidents
UK Judge Mocked Indian Govt As It Couldn’t Deliver Proofs Against Mallya So Far