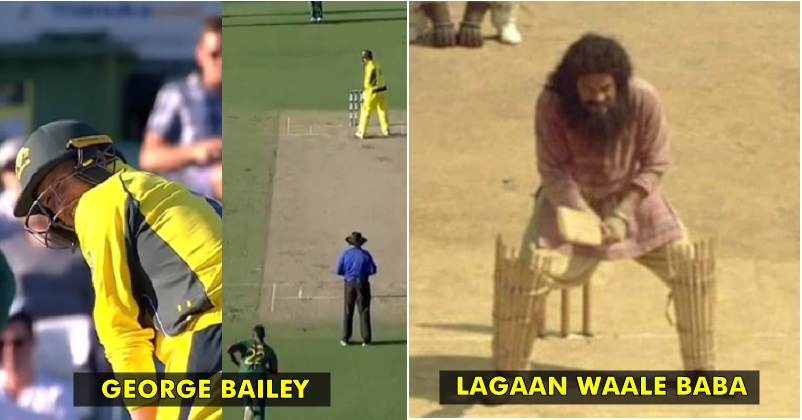 Cricket fans are witnessing some really weird things in front of their eyes these days. Pakistani batsmen strike 5 runs in single ball against New Zealand even when the ball has not touched boundary, a Uttar Pradesh bowler turns 360 degrees before actually delivering the ball and a lot more stuff. 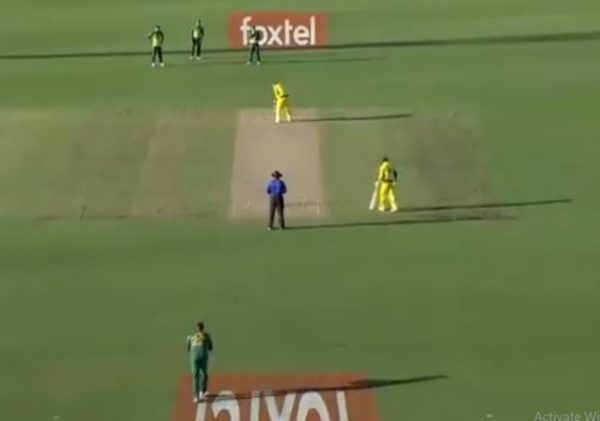 Now, something equally weird has happened again. George Bailey left everyone surprised while playing for the Prime Minister’s XI in a tour match against South Africa in Canberra.

While facing the ball, George stood in a really unique yet weird way which left everyone among the opposition players and commentators laughing. It was a shock to see George standing with his back pointing towards the bowler and many of the fans left wondering if it is even allowed. Watch the video yourself-

Faf having a cheeky giggle in the slips at Bailey's extraordinary stance 😂 pic.twitter.com/q30H7chZeP

This is how Twitterati reacted after watching the video-

Ban him for illegal batting action 😁

Ridiculous, he then goes back to normal stance as ball being released.

and what if left arm bowler bowls? will he be looking at the big screen to see the bowler?

He ruined his career just Bcz this stance

Continue Reading
You may also like...
Related Topics:George Bailey

Stuart Broad Tags Yuvi In Instagram Post On Six Sixes, Wins Hearts All Over
Pakistan Cricket Board Trolled For Coming Up With “Oye Hoye Trophy”. What Were They Thinking?