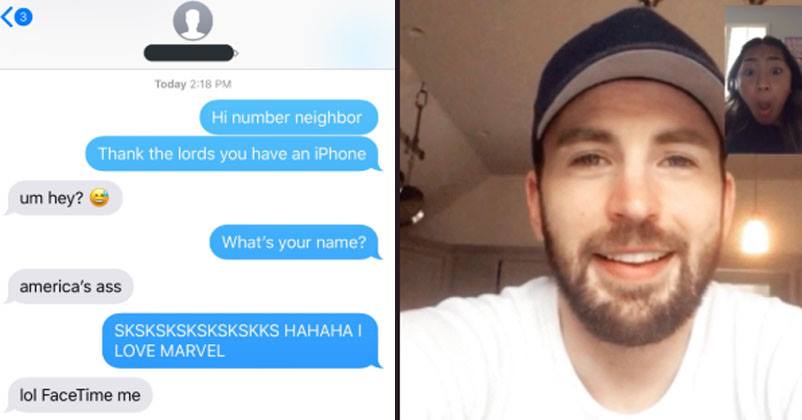 Recently, a Twitter user claimed that she texted her number neighbour and he turned out to be the Hollywood star Chris Evans. She also posted the screenshots of the chat and the video call but other Twitter users found it difficult to believe and she was trolled mercilessly.

Check out the screenshots shared by the Twitter user: 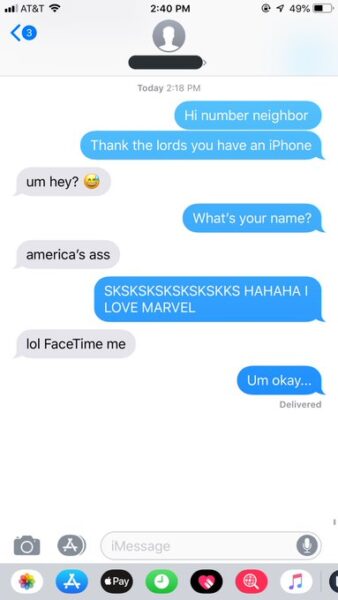 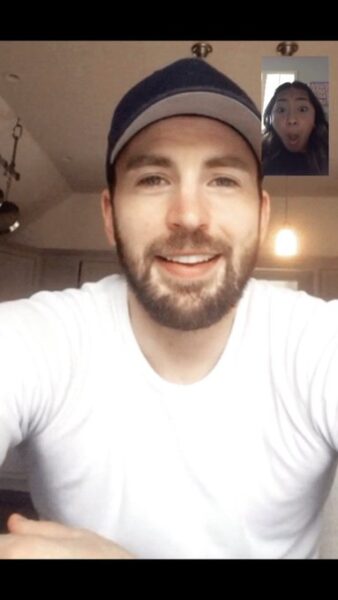 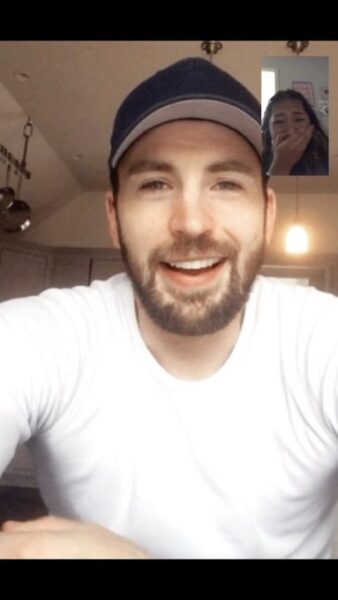 GIRL WTFSJJSE I JUST TXTED MY NUMBER NEIGHBOR AND- pic.twitter.com/ef7FRXzMQ3

In the first look, you may feel that she is speaking the truth but after noticing a little carefully, you will see that the photo of Chris is the one which is easily available on the Internet. 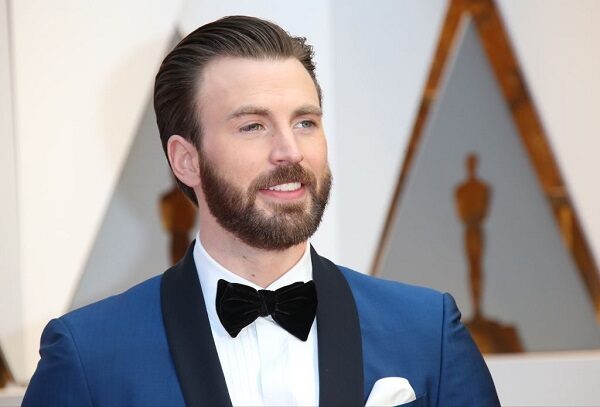 While people were raising questions on her claim, the Captain America himself rubbished the claims by calling it fake as he wrote, “Fake. Sorry.”

His tweet has been retweeted for more than 200K times and liked by over 1 million users.

Chris Evans will be seen next in “Knives Out” which will be directed by Rian Johnson and it will also star Daniel Craig and Jamie Lee Curtis in important roles.

Have you ever texted your number neighbour?