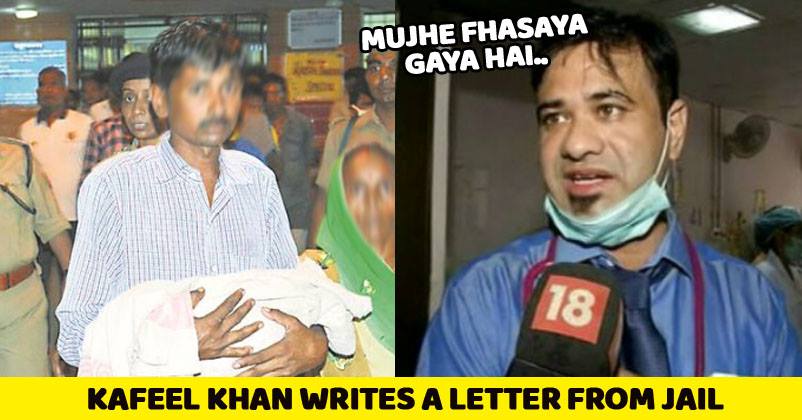 Last year, 63 children died in BRD hospital, Gorakhpur, due to the lack of oxygen supply as the administration didn’t pay over-dues to the vendor on time.

Nine people including Dr. Kafeel have been held responsible for the tragedy and since Sept 2, 2017, Dr. Kafeel is locked in jail. 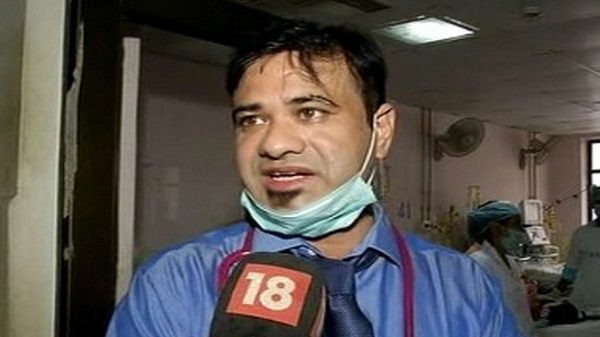 On Saturday, Dr. Kafeel’s wife Shabista shared a letter at Press Club of India written by the pediatrician in which he wrote that on the day of tragedy (Aug 10, 2017), he was on leave but as he got the message, he left for hospital. He wrote,

“The moment I got that WhatsApp message on that fateful night, I did everything a doctor, a father, a responsible citizen of India would/should do… I tried to save each and every life which was in danger due to sudden stoppage of liquid oxygen.”

“The guilty are DM Gorakhpur, DGME (director general of medical education), principal secretary health education for not taking any action against 14 reminders sent by Pushpa Sales for its Rs 68 lakh dues. It was a total administrative failure at higher level, they did not realise the gravity and just to save themselves, they made us scapegoat and put us behind the bars…”

He also claimed that his life changed completely when CM Yogi Adityanath visited the hospital. He wrote,

“He asked, ‘so you are Dr Kafeel? You arranged cylinders?’ I was…yes sir. He got angry — ‘so you think by arranging cylinders, you became hero, I will see it. Yogi-ji was angry because…how this incident came into the media.” 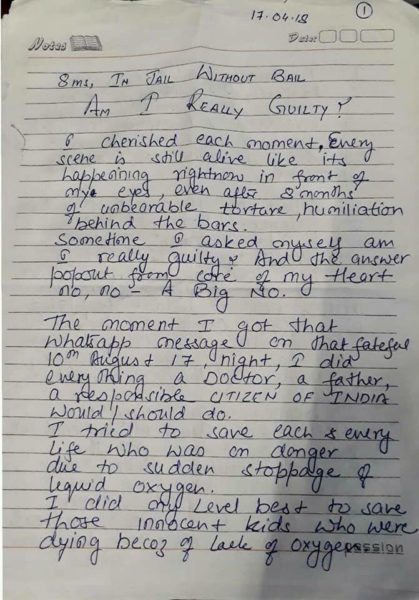 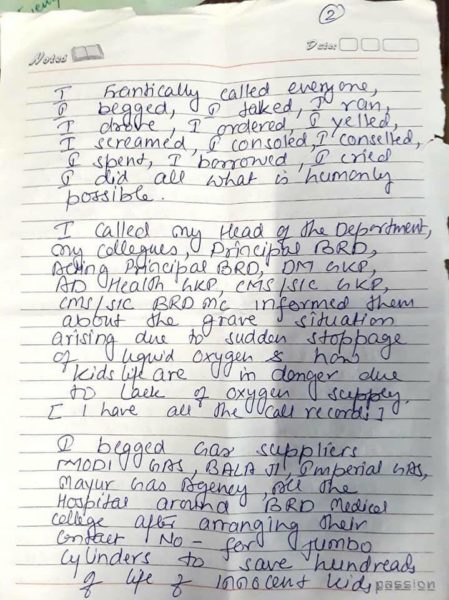 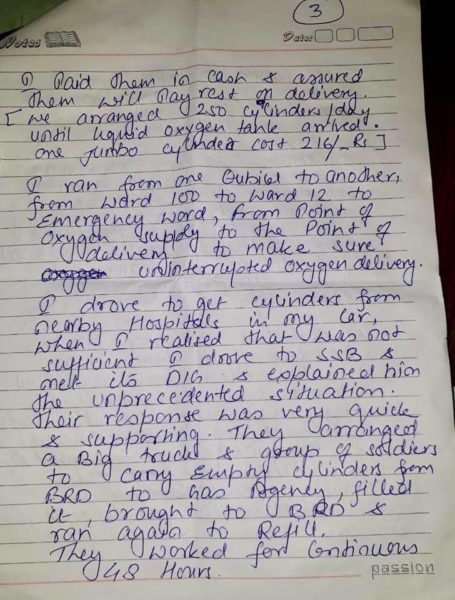 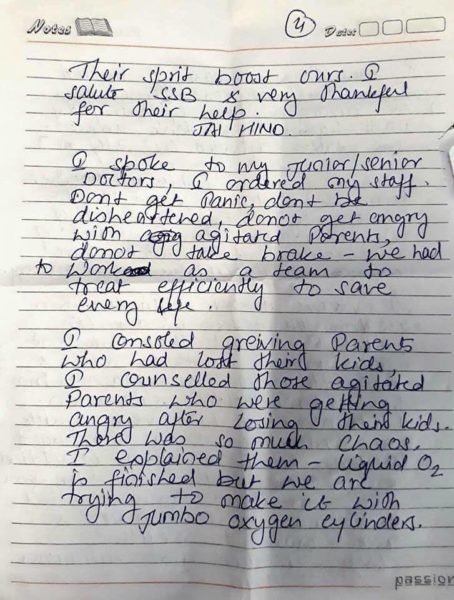 As per Dr. Kafeel, he told the CM that he didn’t call any mediaperson; in fact, they were here when he reached the hospital. He alleged that after this, his family was threatened and forced to surrender.

Dr. Kafeel Khan has been booked under many sections including criminal conspiracy; criminal breach of trust by public servant and attempt to commit culpable homicide. The chargesheet was filed by the police in 2017.

This is what Dr. Khan’s wife Shabista said in a press conference,

“My husband has done no crime. If he wanted, he could have stayed home (during the emergency last August). On many occasions he has himself paid for supplies such as masks, gloves and sanitisers. The deaths were a result of administrative failure…”

While the executive director of South Asia Human Rights Documentation Centre Ravi Nair who was also present at the press conference said that all the charges under which Dr. Khan and others have been booked are bailable.

A video also went viral on the social media networks in which the police was not letting Dr. Kafeel speak to the media when he was taken to hospital after complaining for chest pain.