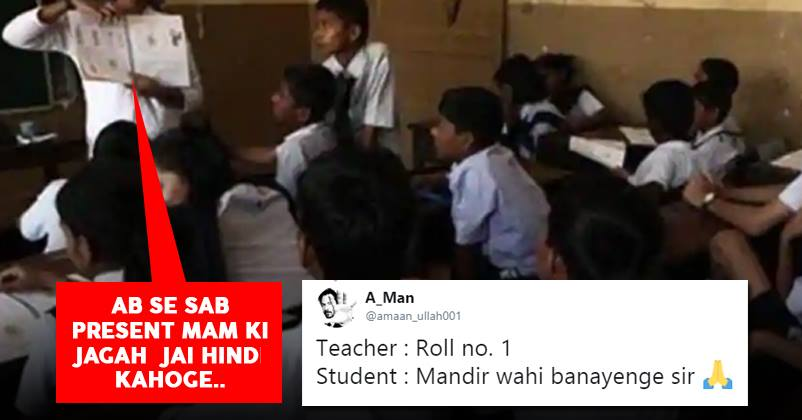 Gujarat state education department has rolled out a new rule which will make sure school students say, “Jai Bharat” and “Jai Hind” while attending roll call.

So far, the students use to say, “Yes Sir” or “Yes Mam” while attending the roll call but things will change from now on. The step has been taken by the board to boost the emotion of patriotism among the students at an early stage.

On Twitter, there have been mixed reactions regarding it. Have a look at some of them-

Let it be come from the #heart of the children , not by forcing them..

Why not chaukidar chor hai? 😢

People are now forcing everything ! Give them good Education that would help more …

I regret voting for BJP now !

10 Statements By Indian Politicians In 2018 Which Sparked Huge Controversies
PM Modi Speaks On Demonetisation. Says It Was Not A Jhatka And People Were Informed Before