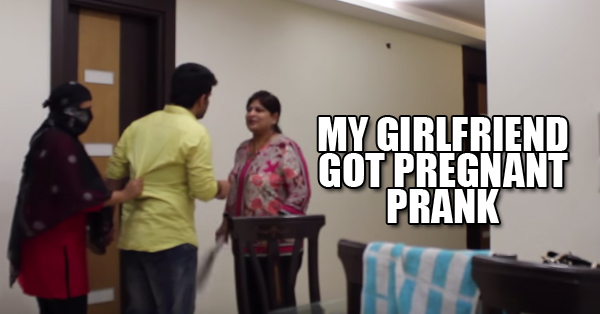 Do you remember the Epic prank of a Guy playing a prank with his father where he makes a confession to his father that his Girlfriend gets pregnancy? And then the father bursts out and beats the hell out of the guy 😀 Here is another prank by YTV where a Guy confesses about his girlfriend that she is pregnant and tries to know how his mother reacts to it. But things doesn’t go as he thought. He gets slapped immediately 😀

To add extra Spice in the prank he adds that the Girl is of some other Religion and he wants to marry her now. After listening to this his mom gets totally mad at him and finds for things to beat the hell out of him 😀 Her reaction is truly awesome 😀 Watch the epic prank here :

Did you ever think of trying such pranks with your Dad or Mom? Yes? Then shoot it as soon as possible and send it to us, we will share your video. For now share this awesome video and comment your views in the comment box below.