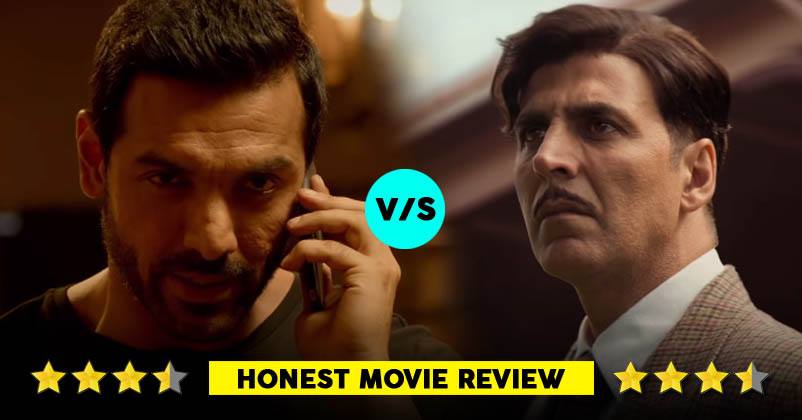 Independence day weekend is here and we are all gearing up for 2 big releases Satyameva Jayate and Gold. On one hand, we have Akshay Kumar’s Gold which fills us with patriotism and on the other hand with we have John Abraham’s Satyameva Jayate which instills the same feel in us while watching his anti-corruption moves.

We know how difficult it is to decide as to which movie you must watch first. To ease your task, we have come up with honest reviews of both. 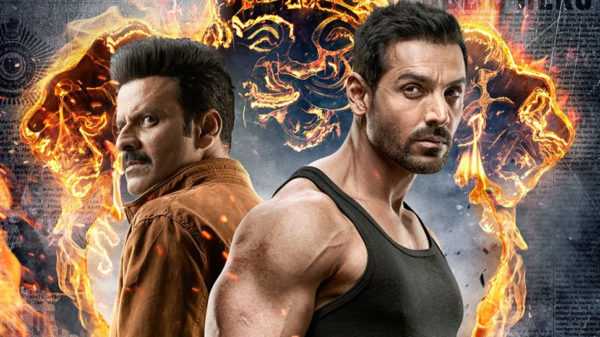 John Abraham has done a wonderful job in the film. The theme of the film is anti-corruption; it shows how Veer, essayed by John Abraham, fights the cops who misuse power. However, there are too many action sequences in the film and they might remind you of the 90s.

The movie also stars Aisha Sharma, Manoj Bajpayee and Amruta Khanvilkar in pivotal roles. He uses a unique style to catch hold of these cops and deal with them in an angry manner. There are too many fights and action scenes throughout.

Shivansh, an honest officer, is all set to catch hold of him. However, it’s worth seeing whether he’s successful!

Talking about performances, John Abraham has stolen the show. His role is very energetic and audience loved it. On the other hand, even Manoj Bajpayee has made the watch interesting with his confidence and passion. Aisha Sharma is beautiful but she’s lacking in acting skills. The actress has to work hard on her diction, her acting as well as her credibility.

Heavy dialogues will keep you hooked to your seat, thanks to Milap Zaveri. Music and direction are really good; well, you won’t get a single boring moment throughout! 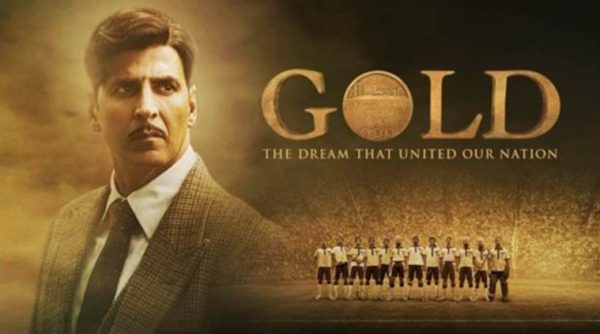 It goes without saying that Akshay Kumar and patriotism go hand in hand. Akshay plays the role of hockey team manager Tapan Das and the plot revolves around him struggling hard to get the first Olympic gold for India.

It sheds light on “200 years of slavery” and Indians’ efforts to defeat Great Britain. Tapan does face many hurdles in this journey but eventually, he gets what he want. Throughout the film, you shall feel the patriotic waves flowing through.

It is perfectly set up and has all moments, be it pride, love, challenges and much more.

Performance wise, we give 10 on 10 to Akshay Kumar. He always brings out the right emotions from the viewers. On the other hand, we have Mouni Roy, the big screen debutant, who has won our hearts with her simplicity and beauty. Her role (Wife of Tapan Das) is not that prominent but she did complete justice to the same. Even Sunny Kaushal, Vineet Kumar Singh, Amit Sadh and Kunal Kapoor have succeeded in making Gold an entertaining watch.

Dialogues are pretty good and they will give you goosebumps. Even songs are quite entertaining. You might not like the 2nd half as it’s pretty draggy. Overall, the music, cinematography, the script and the direction are too good.

You can’t miss to watch the movie this weekend. Reema Kagti has indeed done a good job!

Well, you need to watch both the films as they have worked really hard to impress the audience. Why not watch one on Saturday and the other one on Sunday?

Continue Reading
You may also like...
Related Topics:Gold, Satyameva Jayate