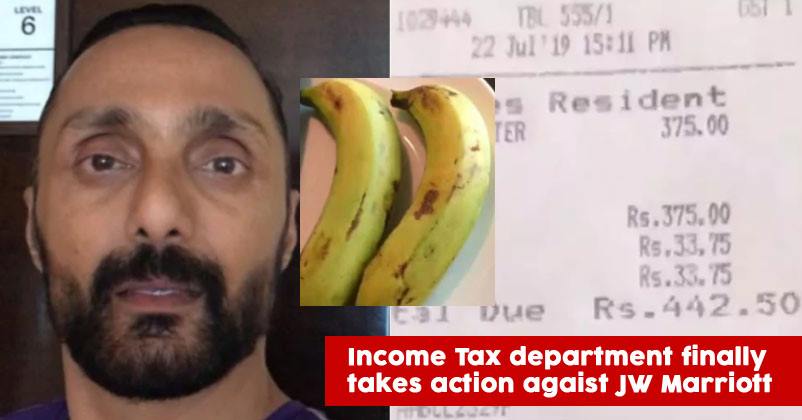 Remember the ‘Rahul Bose Moment’? Here is a quick recap, actor Rahul Bose was charged 442 rupees for two bananas, and he took to twitter to express his displease. In the video, he explained how the hotel was beautiful and posh, and at the end, he showed the bill of 442 rupees.

People were shocked by this, and soon a trend started of ‘Rahul Bose Moment” where people shared their own experience where they were overpriced for something.

The matter was taken into notice by the authorities, and a high-level investigation had been ordered. And it seems like the verdict is out. Excise and Taxation Department, Chandigarh charged the 5-star hotel for violation of section 11 of CGST (illegal collection of tax on an exempted item).

Fine of Rs 25,000 imposed on hotel JW Marriott by Excise and Taxation Department, Chandigarh for violation of section 11 of CGST (illegal collection of tax on an exempted item) in connection with actor Rahul Bose's tweet over the price of two bananas served to him by the hotel.

People were amused by the speed of the decision taken and some were unhappy with the charge handed out. See how people reacted :