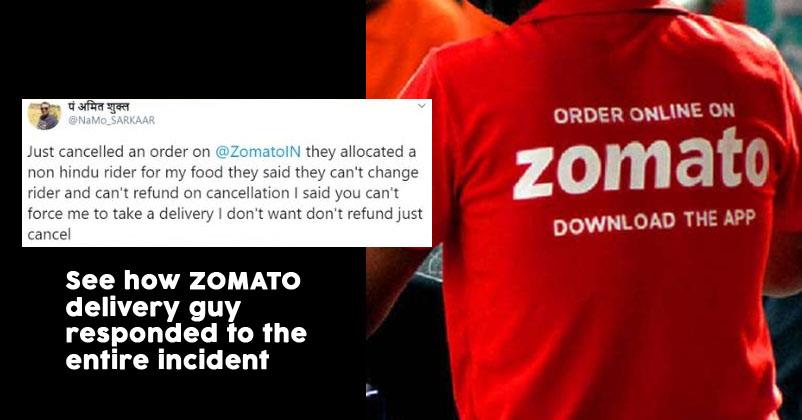 The matter related to food delivery service app Zomato and Amit Shukla from Jabalpur is still making headlines and social media is also flooded with reactions from various corners. 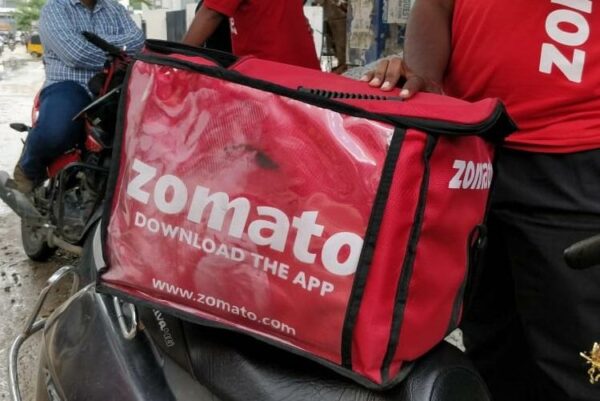 For those who are unaware of the matter, Amit Shukla asked Zomato customer care to change the rider who was going to deliver his food as he was a Muslim and Amit didn’t want to take food from a Muslim in the month of Shravan. 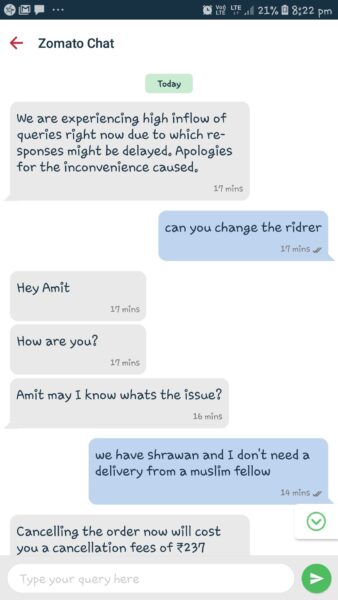 Zomato turned down his request to change the rider and also refused to give a refund in case Amit opts to cancel his order. Amit took to the micro-blogging site Twitter and wrote about this incident.

After this, Zomato also cleared its stand by tweeting that food doesn’t have a religion but instead food is a religion.

When the delivery boy Faiyaz who was supposed to deliver the food to Amit Shukla was asked to comment on this matter, he said that he is hurt with whatever happened. However at one fell swoop, he says that they are poor and they have to suffer.

He also said that when he called Amit to know his location, he told him that he cancelled the order.

There were many who supported Zomato while some accused it of being partial. Zomato got the support of various politicians, celebrities, etc. and in fact one of its competitors Uber Eats also supported it in this matter.

What is your opinion on this matter? Do you also feel that Zomato was discriminatory in handling the complaint or the food delivery service app handled the issue in the best possible manner? Do let us know.