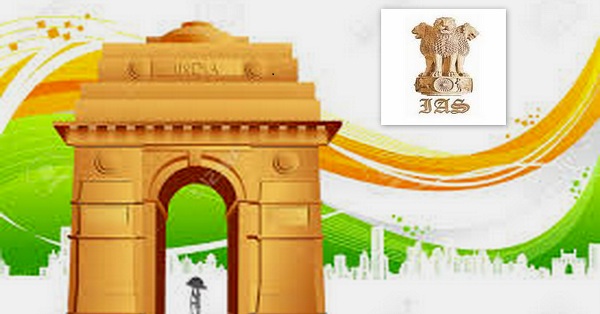 Indian Administrative Services or IAS has been one of the most prestigious examinations of India. In these 68 years of Independence India has witnessed a number of IAS officers serving the country. We bring to you few of them from the numerous on whom every Indian can feel proud. The people of Tousem, one of India’s most backward regions, and a subdivision in Manipur, call him ‘Miracle Man’. A title well deserved for that’s what he brought when he gave them what they had never had – a motorable road linking them to the outside world. Pame, the 29-year-old IAS officer from the 2009 batch, is Sub-Divisional Magistrate of Tousem, a post he assumed in 2012. So moved was he by the plight of the people that he went about building the road, and he had begun by putting in some money of his own. It soon became a crowd-sourced project and the road is now known as ‘The People’s Road’. A Tousem resident spoke for all the people, when he said, ‘Armstrong Pame is the answer to our prayers.’ This famous civil servant from the state of Tamil Nadu is a revered government official for his anti-bribe operations. His policies against corruption have not spared even the most authoritative politicians and businessmen. In fact he played a significant role in the introduction of a new government in the 2012 elections of the Madurai district, where he was put in charge. However, as happens with all officers displaying integrity, Sagayam too was transferred several times, owing to the influence exerted by those he had left in indignation. An IAS officer from 2009 batch who put an iron leg on Land Mafia in Karnataka and had a target of collecting 1000 crore due taxes from various organizations and people. Even the Home Minister’s real estate corporation is not an exception from the clutches of the dynamic officer. He organized friendly adalats to provide the one stop justice instantly for the sake of the people. This is implemented throughout Karnataka. He even received multiple death threats for his service. On March 16, 2015 he was found dead by hanging in his apartment and the reasons are yet to be disclosed. B. Chandrakala is undoubtedly an inspiration for all women aspiring to live a meaningful life. Hailing from a tribal family of the Telangana district, this young IAS officer was known for acting fast on each and every complaint she received as the District Magistrate of Bulandshahar. Her major contributions were towards the pro-poor tourism project undertaken by the World Bank, and the construction of a heritage town in the area. She also actively involved herself in matters related to child welfare and women empowerment. However, her hard work was cut short as she was transferred from the district within 129 days, owing to opposition from influential politicians. I really don’t know how to start on her accomplishments, so I’ll leave it to you by listing what I know about her. A gold medallist in economics and a technocrat, she served as Junior Secretary – Urban Housing and Poverty Alleviation and was executive director of the Kudumbashree mission (Kudumbashree is the Kerala state government’s pioneering attempt at women empowerment). She is also the CEO of the Common Service Centre Programme, which basically provides Internet through user-friendly kiosks. Besides this, her work at Akshaya – an e-literacy programme brought her into the Forbes limelight for her extraordinary business acumen and its application. This former IAS officer was commonly known as ‘an ideal people’s IAS officer’. He played a crucial role in creating pro-poor policies and was the man behind the abolition of bonded labour, the creation of the special component plan for SCs & STs and the assigning of resources for marginalised communities in the rural development programmes. He remained unmarried so that he could serve the society and also contributed to the education of over 500 poor students. He died due to illness in 2010 but he will always be remembered as a ‘people’s man’. Another forthright civil servant from Karnataka, Shanmugam Manjunath, a student of IIM Lucknow, was famous for his anti-corruption practices. He was employed with the Indian Oil Corporation, Lucknow, and in his capacity, he had managed to shut down petrol pumps in the Lakhimpur Kheri district of Uttar Pradesh. Both petrol pumps were found selling contaminated fuel. The pumps resumed operations within a month’s time, triggering the need to revisit them for quality checks. Shanmugam conducted a surprise raid, but after three days of no communication, he was found dead in the same district, with bullets embedded in his corpse. Durga Shakti Nagpal is an officer of Uttar Pradesh cadre of the IAS. Presently she is posted as Joint Magistrate of Kanpur (Rural). She came in limelight after she launched a massive drive against corruption and illegal sand mining within her jurisdiction of Gautam Budh Nagar. She was later suspended by Uttar Pradesh government for allegedly demolishing an illegal mosque wall in a village in Greater Noida, which resulted in severe opposition as it was perceived to be based on flimsy grounds. Her suspension was revoked by the U.P. government under increasing demand for the same by general public, various political parties and associations of Indian bureaucrats. She was appointed OSD (Officer on Special Duty) in the Agriculture Ministry in January 2015, a post the she currently holds.

Continue Reading
You may also like...
Related Topics:IAS, IAS Officers to be proud of, Indian Administrative Services, Indian Honest Officers

JAI GANGAAJAL: You Won’t Believe How Much The Movie Earned On The First Day
Anupam Kher Smacks All His Haters With His Extra-Ordinary Speech!!