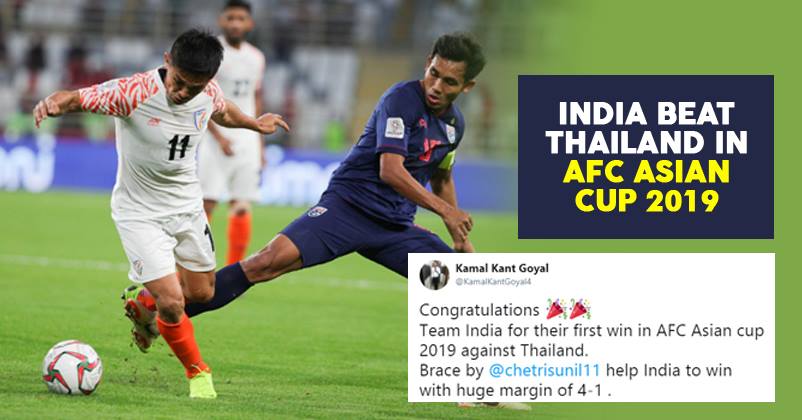 India has had a historic win against Thailand, by beating them 4 to 1 in Abu Dhabi. This is a monumental victory for India, and something that we had been looking forward to.

Sunil Chhetri is certainly the man of the hour, for he managed to score twice. It was his goals which gave India the win it needed. 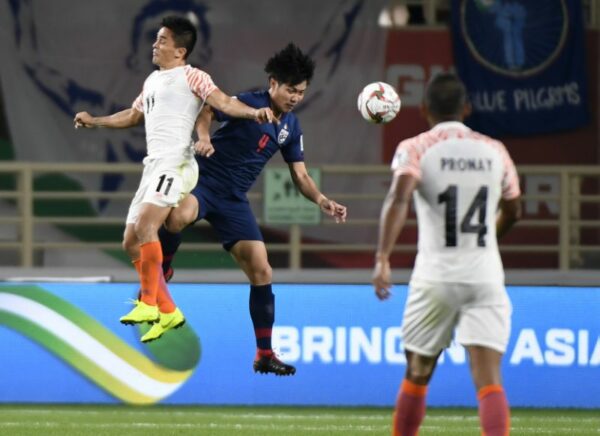 Twitterati couldn’t be prouder of our men fighting it out in Abu Dhabi. And Twitter reactions say it all.

Gotta give credits to Constantine. Changed the tactics in second half and we bossed Thailand

Though Udanata ,Chhetri , Thapa were our best players in the second half #THAIND #AsianCup2019 #BackTheBlue

BTW I am planning to launch an umbrella brand dedicated to prolific Indian footballer. Will name it "Sunil Chhetri"#THAIND #AsianCup2019

Quite amazing to see people are now more supportive and more aware of our football team.. hope it will be an immense help in our soccer team going forward.. and hopefully someday we will also be participating in the world cup #sunilchhetri #AsiaCup2019#THAIND

We’re proud of you guys!