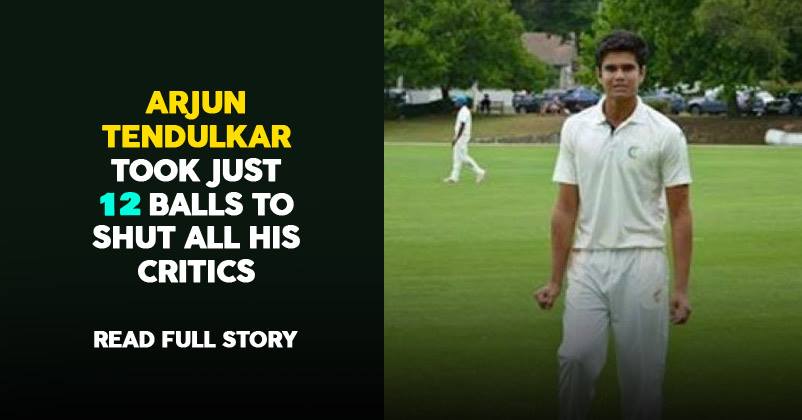 Sachin Tendulkar is regarded as the God Of Cricket but his son Arjun Tendulkar has received huge criticism for being selected in the Indian U19 team. People trolled him badly by using words like nepotism. 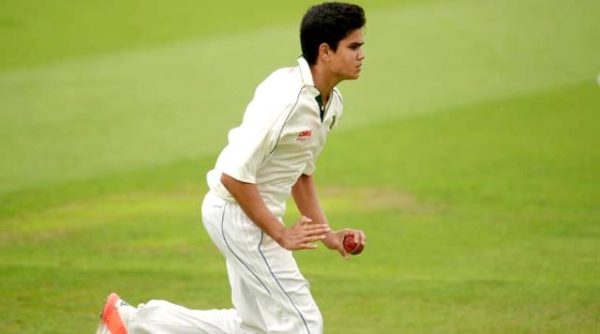 Arjun Tendulkar is indeed privileged but he continues to shut the mouth of his critics with great performances.

During the recent U19 match with Sri Lanka, Arjun Tendulkar wowed everyone with his performance as he took a wicket in first 12 balls only. The match was being played at Nondescripts Cricket Club Ground, Colombo. As per DNA, Sri Lanka won the toss and elected to bat. Captain Anuj Rawat got Arjun to bowl the first over of the match and he got a success on the last ball of 2nd over.

Arjun took the wicket of Sri Lankan prodigy Kamil Mishara who made a stunning debut at the age of 15. Check out a look of Arjun Tendulkar from the said match-

First real look of Arjun Tendulkar playing serious cricket. Has a strong frame and a perfect physique for a fast bowler. A left arm seam up bowler with a lovely action, surely something that India hasn't had for a while now. Early days, but some promise on display for sure. pic.twitter.com/8IvE3laDWg

With this performance, he has really made everyone happy and is receiving great accolades from everyone. Watch the video below-

Do you think he can grow and shine more in future to play in the Senior Indian Cricket Team?

Continue Reading
You may also like...
Related Topics:Arjun tendulkar

Dhoni Is All Set To Retire? This Video Has Left Twitter Thinking
Gambhir Slammed Dhoni For His Slow Performance Against England.