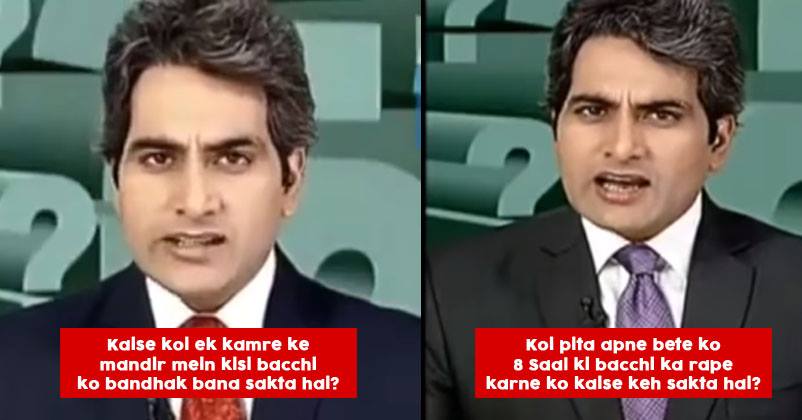 The final verdict of the Kathua rape case in Jammu & Kashmir has been announced after going through a lot of struggles of misleading tweets and the fight for justice against the ruthless culprits.

The Kathua incident in which an 8 years old girl Ashifa was gang-raped for four days in a temple. After four days she was strangled to death and was brutally killed by bludgeon of stone which has left us with heads hanging down in shame. It also compelled us to think what the future of this country will be when the present is so cruel and disgusting. 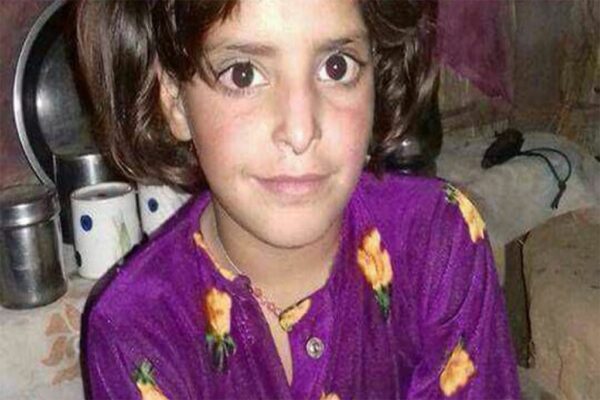 The trial courts final verdict is seen as the victory of justice over communal propaganda. When the news was flashed last year social media was surfaced with fake news rather the kathua rape case was mould to meet the desired propaganda of few people. Even a few media houses, politicians and group of people who protested against Kathua rape saying the little girl wasn’t raped to protect the evil rapists from the judiciary. 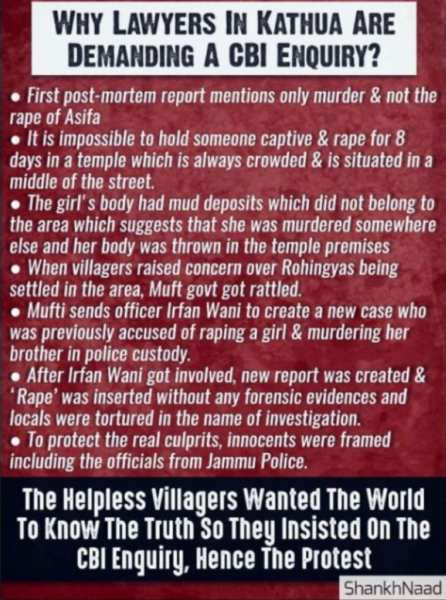 Media verdicts broadcasted fraudulent news to their viewers allegedly claiming the little girl wasn’t raped. The news report which was telecasted by a renowned news channel where the reporter was noticed saying ‘People are calling the Hindu’s rapist’. The reporter even further added, In fact, the incident was given such an angle that the International media is claiming in their reports that ‘A Muslim girl in Kathua India was raped by Hindu men’.

The reporter also said this is nothing but just an act to defame the country because Asifa wasn’t raped by the Hindu men. The Bollywood stars, reports, online media is showcasing their outrage on social media with placards in their hands to protest against the evil deed. But the Reporter allegedly said its all fake from the inside because protests take place as per agenda. The news reporter even said was any script written to hype up the situation? Well, seriously the Indian media is going so down.

Even the newly elected BJP candidate Sadhvi Pragya last year in an event in Gujarat said Asifa wasn’t raped by the men for four days straight. It’s nothing apart from a political agenda to defame the Hindu religion. However, two BJP leaders who were supporting the accused a video of the speech went viral and they also said it was a conspiracy. In fact, they had used Indian Flag during the protest to save the rapists. As soon as the statement was brought into the notice of Mehbooba Mufti’s People Democratic Party. Later the BJP ministers were forced to step down from their powers.

I am losing words, where is this country heading too. How the leading news channels who are supposed to be the medium to telecast truthful and accurate news. They’re the ones moulding the situation and presenting fake news to their targeted audience just to please some political parties and to hide the dirt filled by them.

Why do we have politicians or a governing body to rule a country? We elect them for the development of the country and to take the right decisions for the people. However, nowadays politicians in India is busy hiding the truths of the evil deed so that the governing body is not criticized by the PEOPLE OF THE NATION.

When you have the power to aware the people of the nation use it in the right and powerful way rather than goofing up with the people!

This Bengaluru Love Story Started From A Dating App And Ended In Jail
Shoaib Akhtar On Alleged Affair With Sonali Bendre: I Haven’t Even Met Her