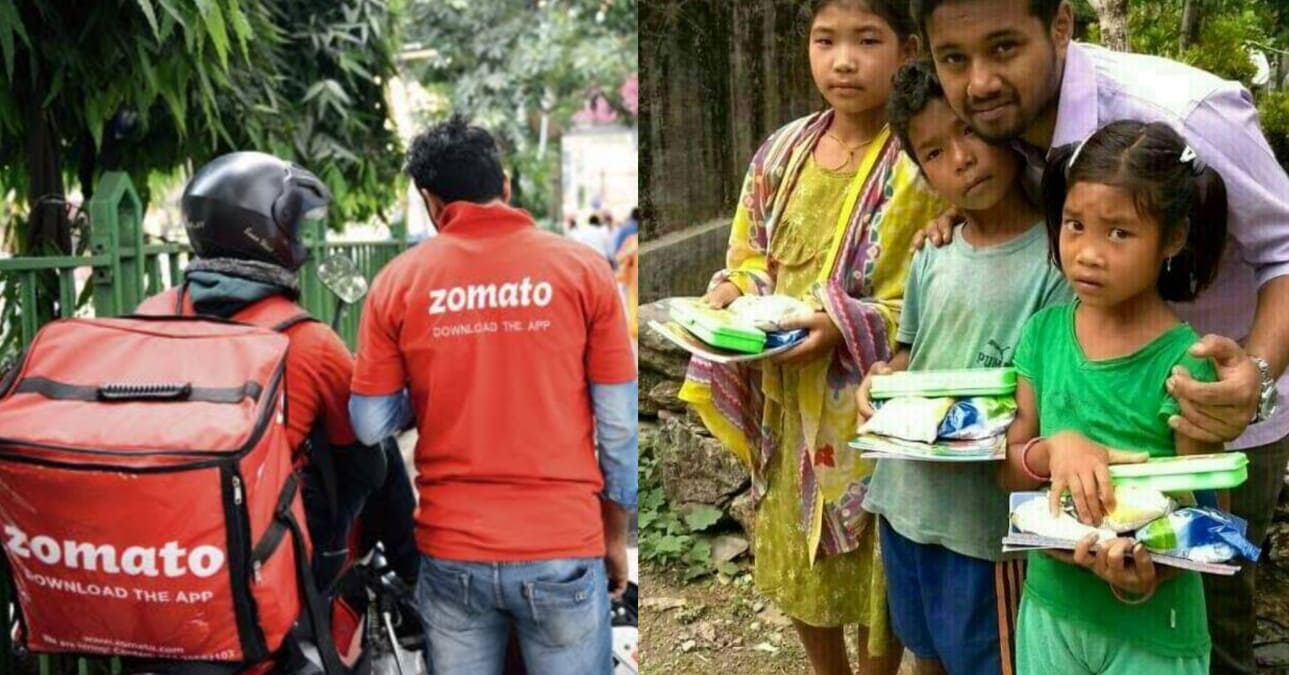 This story of a Kolkata food delivery guy will definitely strengthen your faith in humanity. A resident of Dum Dum, Kolkata, Pathikrit Saha used to work in city Municipal Corporation. When he saw the condition of poor underprivileged children on the street he quit his job and dedicated his life to them.

Saha became a Zomato delivery guy and started to feed poor hungry kids with the canceled orders. He also collaborated with a local eating place to distribute their extra food.

Earlier when a customer used to cancel his order, the restaurant received a refund and the food was given to the delivery partner to take home. Now the company has linked up with ‘Feeding India’ so that the excess food can be redirected to orphanages or old age home.

Saha not only feeds the poor kids but also take evening tuitions for them and encourage them to enroll themselves in government schools. The kids fondly call him “Roll Kaku“.

He has also founded an organization and named it “Helpp Association“. It arranges feasts, provides stationery, uniforms, medical kits and also warm clothes in the winter to the needy in his area.