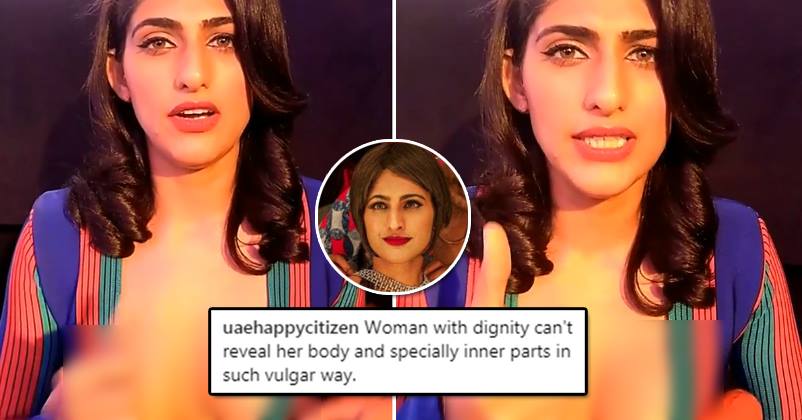 Kubra Sait has done her best in “Sacred Games”, the famous show on Netflix. Well, she has essayed the character of a transgender and we must say, she has done total justice to the same.

Well, she has given a very real and authentic performance, which is why most people have become a big fan of hers. It just took her one show to become an overnight sensation.

Many people still want to know extra details about her, because she has become super-famous by now. Well, the actress attended the launch of Voot on Thursday and looked gorgeous. She chose a striped dress but looks as if people weren’t happy with her neckline.

Although she delivered a very good speech at the event, she was trolled for her dress. Trollers found the dress to be very cheap. It’s not right to judge someone on the basis of dressing, but trollers left no stone unturned for the same.

Here’s the video that she posted;

As soon as trollers spotted this video, they left the cheapest of comments. Some said that kubra is flaunting her assets. Here are some comments;

Well, Kubra deserves applause for her acting. Trolling her this way is totally wrong and unethical.

Continue Reading
You may also like...
Related Topics:Kubra, Sacred Games

Hindu Girl And Muslim Boy Fell In Love With Each Other And Regretted It. Watch Video To Know Why
Mumbai Police Comes Up With Creative Tweet On Janmashtami. Twitter Loved It