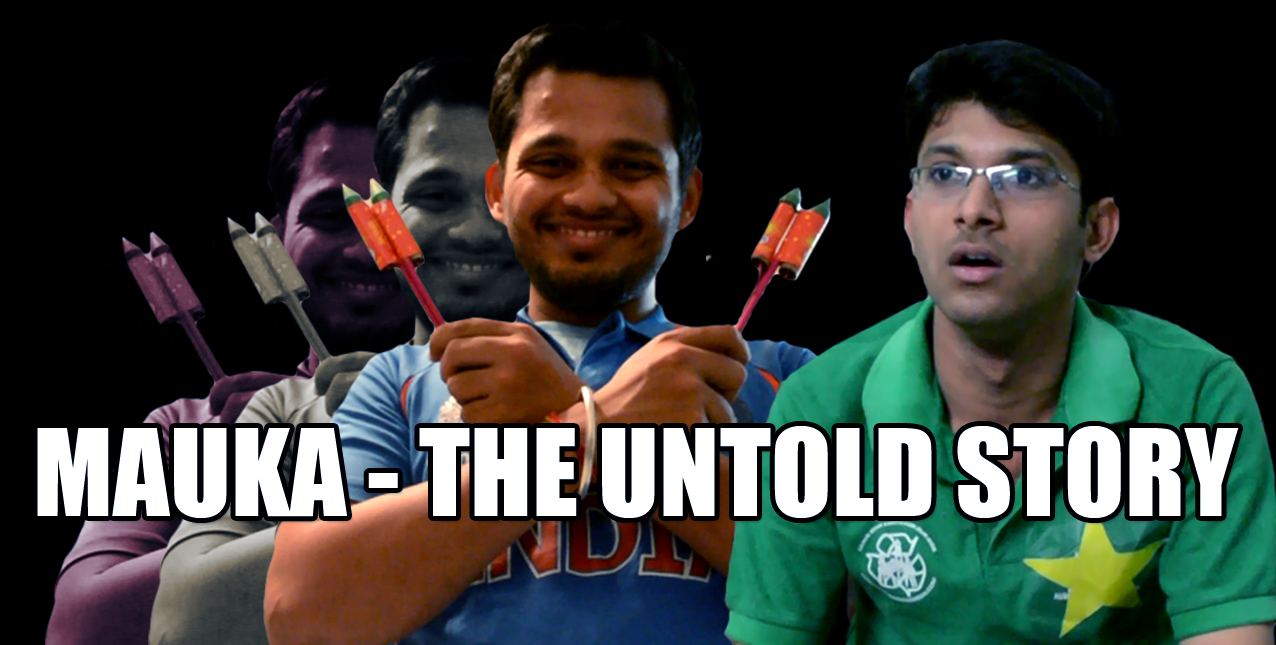 Star Sports had set a trend in the field of creative advertisement by introducing the Mauka Ads. With matches getting interesting day by day the creativity of the ad makers from star sports is going high & with the launch of new version of the Mauka ad after every match, number of Mauka-Spoofs is also increasing.

Here is one of the hilarious versions of Mauka Ad made by TV2  which portraits the Untold story of a Pakistani Cricket Fan who desires to burst crackers but ultimately fails.

Women Should Be BANNED In The MEN’S World. Why? Check Out the Answer
New Star Sports Ad Asking Men To Check Out Women – Must Watch & #CheckOutWomen