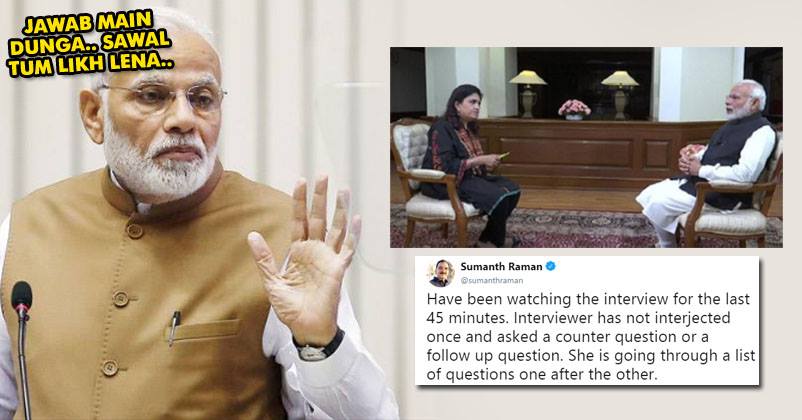 On New Year’s Day, PM Narendra Modi participated in an interview with a leading media house and he spoke on all current issues plaguing India in the interview.

He spoke about demonetization and how it was not a shock or a sudden announcement. He also spoke about 2018 being a good year despite everything. 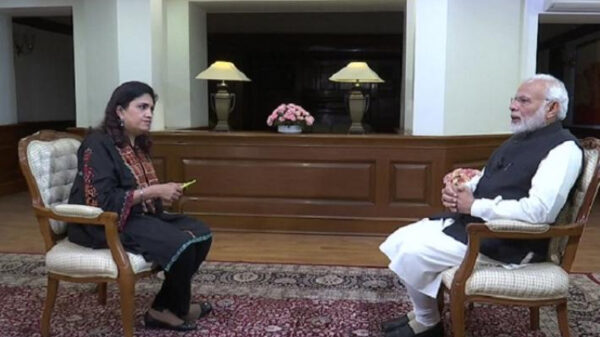 However a lot of people found the interview ridiculous and felt that the interview was not two sided. Instead, it was a monologue by Modi speaking about himself.

Soon after, the #Modi2019Interview began trending on Twitter, where several people have trolled him. Check it out:

When I saw #Modi2019Interview I thought finally Nirav Modi gave an interview.

Questions have become a bit better but answers are the same old Mann ki Baat.

Script writer needs to write better stories. And the interviewer needs to be trained to ask counter questions. #Modi2019Interview

Has any one counted exactly how many times the word 'मैं' occurs in this historic #Modi2019Interview ?

The headlines of @narendramodi interviews are Ram temple, surgical strikes, stalling by Congress. Alas, at the end of a tenure that promised a 'New India' no narrative-changing future-oriented public policy is worthy of showcasing.And there's still no open pc. #Modi2019Interview

#Modi2019Interview, My Take:
>Carefully crafted exercise in image management
>Net practice for PM @narendramodi, against an opposition that’s getting better with its attack
>Opposition might rejoice putting Modi on the defensive, but make no mistake, he played some good strokes https://t.co/JfGKH8QzK6

When our powerful, orator PM will show real courage to face an interview by @ravishndtv rather than
having this scripted Accidental Nationalist Interview (ANI)?#Modi2019Interview

Have been watching the interview for the last 45 minutes. Interviewer has not interjected once and asked a counter question or a follow up question. She is going through a list of questions one after the other. #Modi2019Interview

Man Noticed Alien Activity Near His Home,Contacted Modi’s Office For Help
Yogi Adityanath Has Cleared ‘Cow Cess’ For Stray Cows, But Twitter Is Not Too Happy About It