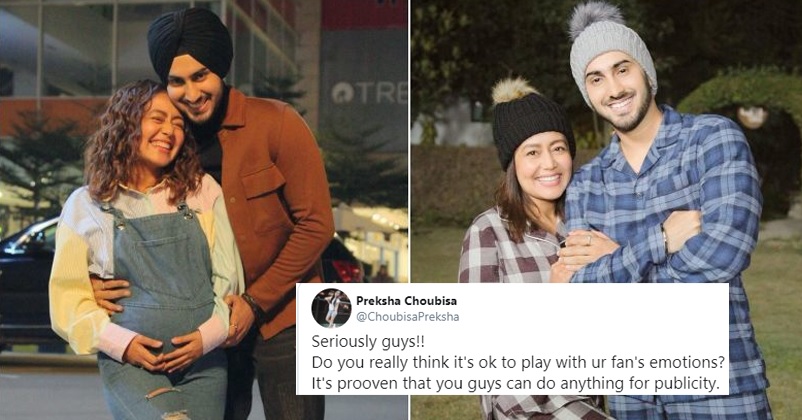 Neha Kakkar, the playback singer, was all over social media networks after she shared a photo on her Instagram account in which she was seen with a baby bump. In the photo, she was posing with her husband Rohanpreet Singh and it was captioned, “#KhyaalRakhyaKar”

However, Neha Kakkar herself never confirmed the news that she has got pregnant which made some people doubtful whether she is really pregnant or it is just a promotional activity for any of their new songs. What surprised people more was the fact that Neha and Rohanpreet got married just two months ago so a lot was being speculated by fans and netizens. 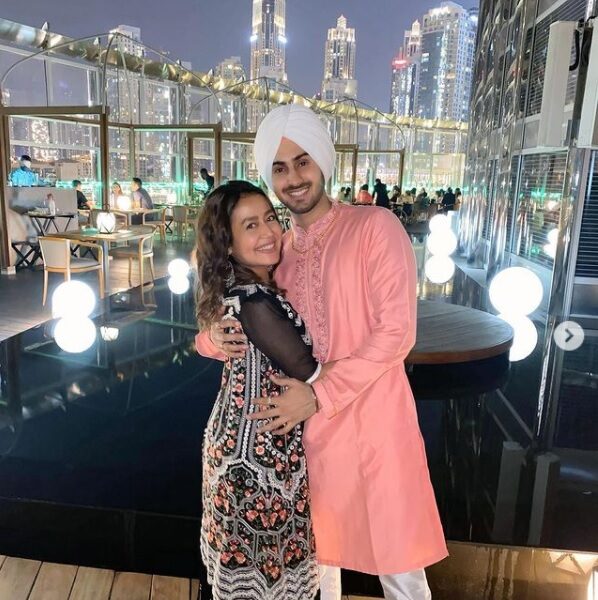 Now the reality is out and as of now, Neha Kakkar is not pregnant. The doubt that few people raised is true and that photo is for the purpose of promoting the song “Khyaal Rakhya Kar” which is releasing today (December 22).

This aggravated a section of fans who were really happy and are emotionally attached with the singer. They trolled Neha and her hubby for stooping to a new low for the sake of publicity and gaining attention. Here are few of the selected reactions:

After knowing Neha Kakkar is not pregnant, memers be like pic.twitter.com/8CBkYennec

Neha kakkar not being pregnant was my biggest scam for today 😂😂

Seriously guys!!
Do you really think it's ok to play with ur fan's emotions?
It's prooven that you guys can do anything for publicity.
For first u did #shadi for that irritating song nd then this fake pregnancy for nxt one… Clap👏#NehaKakkar#RohanpreetSingh

Neha Kakkar to everyone: pic.twitter.com/vmQ9PhLZQM

#NehaKakkar is not pregnant announces new song with husband

**#NehaKakkar fakes pregnancy to gain the hype for her new song**

People (especially women) legit go through hell , in addition to insane amount of judgement, for not having kids and here we have sickos like Neha Kakkar who think it's alright to fake pregnancy pics to sell a song.

This is not the first time that something of this sort has happened as earlier, a huge hype of Neha Kakkar and Aditya Narayan’s marriage was created but later it was revealed that everything was done for the promotion of a song.

What do you have to say about Neha’s act? Do you think it’s fair to play with the emotions and feelings of fans for the promotional activities or you think that Neha is not to be blamed here entirely as she herself never confirmed the news of pregnancy?