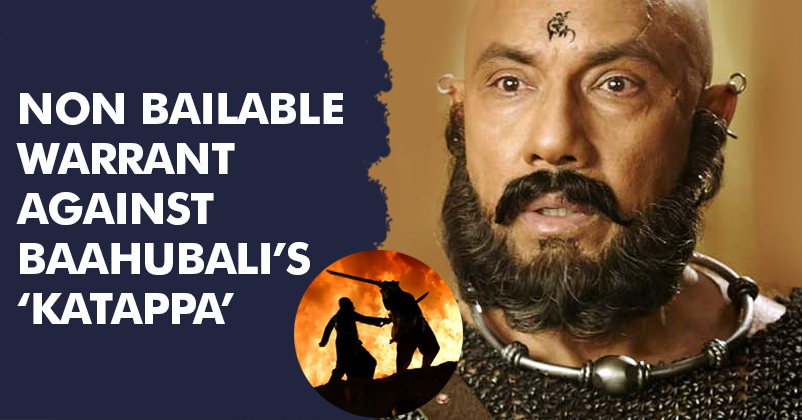 Legal problems for Bahubali’s Kattappa (Sathyaraj) doesn’t seem to be ending anytime soon. Just when he was enjoying the epic success of Bahubali series and having relief from previous legal issues, an old sore has started hurting him. As per reports, Sathyaraj, Suriya and 6 other Tamil actors, including Sarathkumar, Sripriya, Vijayakumar, Arun Vijay, Vivek, and Cheran have been issued a non-bailable warrant by a judicial magistrate in Ooty.

The case dates back to 2009 when a Tamil daily carried a report alleging that an actress had raised charges of prostitution on a group of fellow actors and actresses. Following strong protests from the film fraternity, the newspaper had retracted the report and published an apology letter. However the actors remained angry and spoke out against the publication and abused the journalists associated with the story at the South Indian Film Artistes Association meeting on 21 October 2009, reports The Hindu.

Soon after this, a senior freelance correspondent, Rozario Mariya Susai filed a private complaint with the Ooty Judicial magistrate against them under Section 200 (Examination of complaint by Magistrate) of the Criminal Procedure Code (CrPC) for the offense of sections 499 (defamation) and 500 (punishment for defamation) of Indian Penal Code.

The actors on the other hand filed a dispense and quash petition which were recently dismissed, said Mr. Vijayan. As the actors failed to appear before the Judicial Magistrate Court in Udhagamandalam on 15 May 2017, the judge, Senthilkumar Rajavel, issued non-bailable warrants against them.

The case has been adjourned till 17 June for the next hearing.

Meanwhile, #WeSupportSuriya is trending on Twitter where fans of Suriya and other South Superstars are supporting him in the case. Checkout some of the tweets.

Not the perfect time to troll or to show our rivalry
Requesting every Ajith fans to support Suriya from paid pimp medias#WeSupportSURIYA pic.twitter.com/pN2eUr8553

What do you think about this? Share your opinion with us.

Continue Reading
You may also like...
Related Topics:Sathyaraj, Suriya