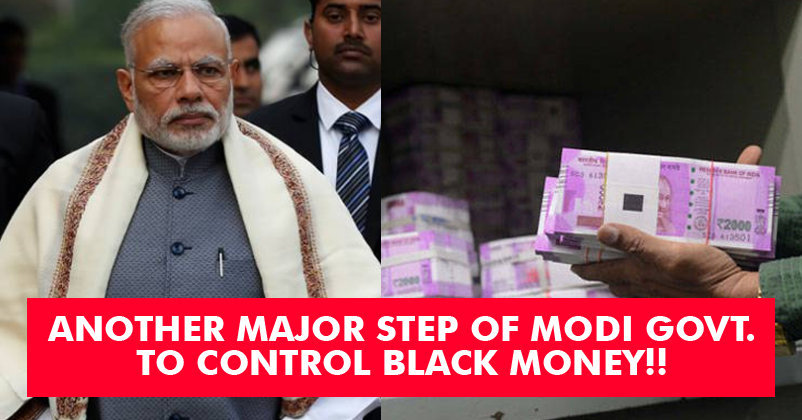 Modi Government is indeed trying hard to strike its best attack on black money holders. First, it was the blade of demonetization and now a slap of 100% penalty. All those who are now dealing with large transactions of cash for their business are likely to be affected the worst by this rule which will come to force from 1st April 2017 where any cash transaction above Rs 3 Lakh will be fined with a penalty of 100%. This rule can be considered as an extension of ‘Demonetization’. Now the most interesting part of this rule is that the penalty will be paid by the one receiving the cash and not by the one paying it. So in an ideal layman scenario, it will be the shopkeeper who would be paying Rs 3 Lakh if he accepts the payment in cash for selling a product worthy of Rs 3 Lakhs or more.

The decision taken by the Government has been influenced by the considerate amount of inflow of ‘unaccounted money’ into the financial system. And hence, in order to stop such more ‘future generations’ of unaccounted money, the 100% penalty has been imposed. The penalty on cash transactions above Rs 3 lakh means that the purchase of every luxurious item like car, watches, houses and many more will be tracked and accountable to the government. Even during the Budget proposal on 2017-18, Arun Jaitley had proposed to insert the Section 269ST in the Income-Tax Act that states “no person shall receive an amount of Rs 3 lakh or more by way of cash in aggregate from a person in a day; in respect of a single transaction; or in respect of transactions relating to one event or occasion from a person”. However, the restriction will not be applicable to the central government, banking institutions, post office savings and co-operative banks.

So what are your views about this new plan? Isn’t this a good initiative taken by the Government to curb the problem of black money and promote digital transactions? Please share your opinions in the comment section below.