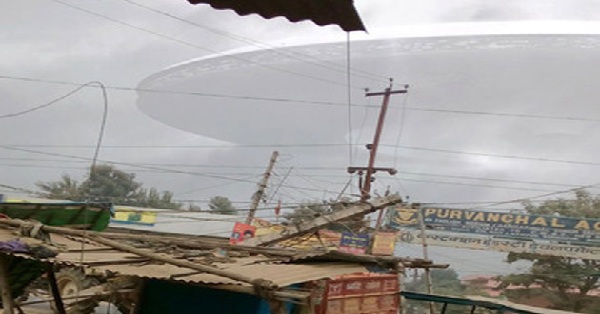 This might be the first instance when a UFO has been spotted in India or a news of sighting of UFO is going viral over the internet. It was a normal evening in Gorakhhpur on Saturday when a local resident Rinku was clicking a picture of a truck which had hit an electric pole. It is then he spotted this gigantic UFO in the pictures he clicked. The pictures of the sighting of UFO is going viral over social media. Many sources say that, same UFO has been spotted in Kanpur and Lucknow too. However, the District Magistrate and SSP of the city have said that there is no solid proof to the story. Astronomers are still to say anything on the topic. While experts at Gorakhpur University are examining the photos to ascertain their originality.

Whats your take on the matter. Do you believe in Aliens and UFO (Unidentified Flying Object). Please let us know in the comments section below.

Continue Reading
You may also like...
Related Topics:Gorakhpur, OMG!!! UFO Spotted In Gorakhpur, Panic Spreads All Over The District