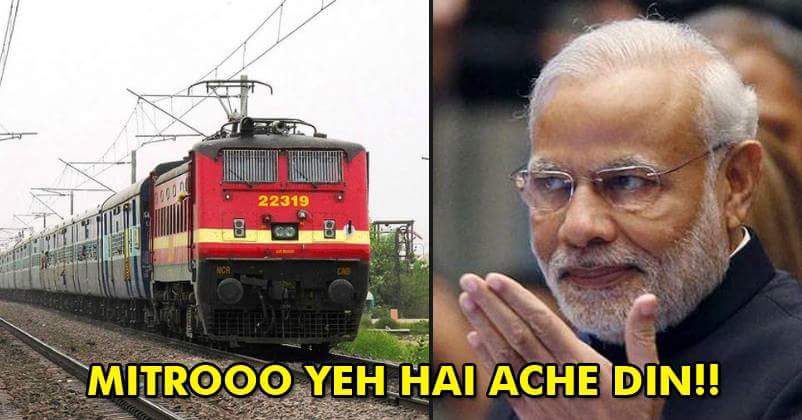 The good thing trending these days is how everyone has learnt the best way of being able to raise their voices against corruption. Tweeter takes the cake in getting us the amazing and instant response from our higher authorities. Indeed it has led to a lot of positive results, proving that things can be resolved with immediate action. One remarkable example to this is Railway Minister Suresh Prabhu and DRM.

A passenger named Govind Narayan was on a train to Bikaner and the TTE on duty was asking for bribe from the passengers for the seats. When Govind demanded a receipt for the same, the TTE denied. Further, on insisting he said that he would give him on the way. That’s when Govind tweeted to reach out to the Ministry of Railways, Railway Minister Suresh Prabhu, Prime Minister Narendra Modi and Divisional Railway Manager (DRM) Jodhpur. This is what he tweeted:

There was immediate action taken against The TTE and he was asked to get off the train at Merta station. All his books were checked and orders were passed to suspend the guilty. Here’s the reply recieved on the tweet:

@RailMinIndia @sureshpprabhu @narendramodi action has been taken against the duty staff.

As a result of the actions taken by the authorities, the public has appreciated them all over. This episode was applauded by most people, here are some of the responses:

Good job man. wonderful. Its nice what you did. Those money givers were also equally guilty. Dont u think??

very good….TTE should be punished for asking the bribe against the allotment of a berth

The Railway Minister and DRM truly set a bench mark for the future. This is just the beginning towards India’s growing faith in it’s leaders. That’s just the change we want to see in India! Am I right guys?? Tell us your response to this piece of news in our comments section below.

Jio Effect – Now This Telecom Company Is Giving 5 GB 4G Data For Free!
Times Of India Asked It’s Users To Uninstall These Apps But Instead Got Roasted ! !