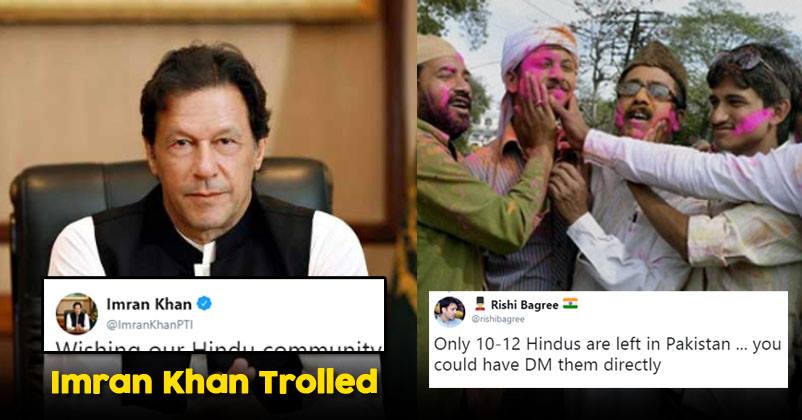 Today is Holi, the festival of colors and merriment.A joyous occasion, rejuvenating with immense happiness and laughter. People all over is busy smearing each other with bright colors and wishing a harmonious togetherness all along.

On this joyous occasion, Pakistan Prime Minister Imran Khan sent good wishes to the Hindu community residing in his state, through his official Twitter handle. Even prominent Pakistan leader Bilawal Bhutto Zardari also took to Twitter to wish them a happy Holi. 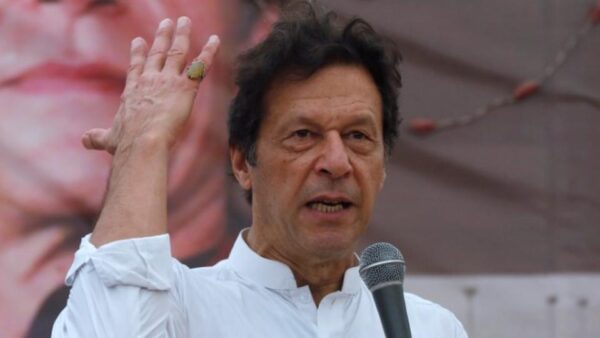 Though many are of the opinion that this has been done to express solidarity and love towards the Hindu community, amidst the escalating political and military tension between India and Pakistan.

Wishing our Hindu community a very happy and peaceful Holi, the festival of colours.

Happy Holi to all my Hindu brothers & sisters. On the happy occasion of Holi, let us spread the wonderful massage of peace and happiness. pic.twitter.com/4Gg8blgjJX

When Pakistani leaders were trying to show solidarity with one of their community, better termed as minority in their country, Twitterati agreed not to go along with them. According to people the Hindu community is suffering in Pakistan and so wishing them specifically on their own religious occasion is just not the only way to spread peace and harmony.

Here are some comments, which clearly shows how offended they are with Pakistan PM Imran Khan’s specific wish for the Hindu community only.

Start by letting them be ALIVE and continue being HINDU

Mr Imran Khan….wishes only for YOUR hindu community??
Trust you to find ways and means to get India Pak acrimony even on the days of a festival. Have some shame sir and hand over perpetrators of terror attacks on India and pls keep ur bigoted views to yourself.

Holi is a festival of colours
Which is message of brotherhood across religion or community.@ImranKhanPTI this tweet of yours is in bad taste.
We can't hope a sport person turned politician will divide community as Hindu or Muslims
Happy Holi to all human beings

Imran Khan: We do a lot for our minorities.

Hindus do not need your fake wishes. Just look at how Hindu population has shrinked in Pak since decades. You have butchered and pushed them to an edge. Shame on Pakistan for Hindu genocide!

How many Hindus were there in time of partition in 1947

Now, How many Hindus left in your country #Pakistan

Continue Reading
You may also like...
Related Topics:Holi, Pakistan PM

EIU 2019: These 3 Indian Cities Are The Cheapest Places To Live In The World.
Girl Stands On A Cliff And Poses With Her Arms Wide Open. A Huge Wave Comes And Takes Her Away