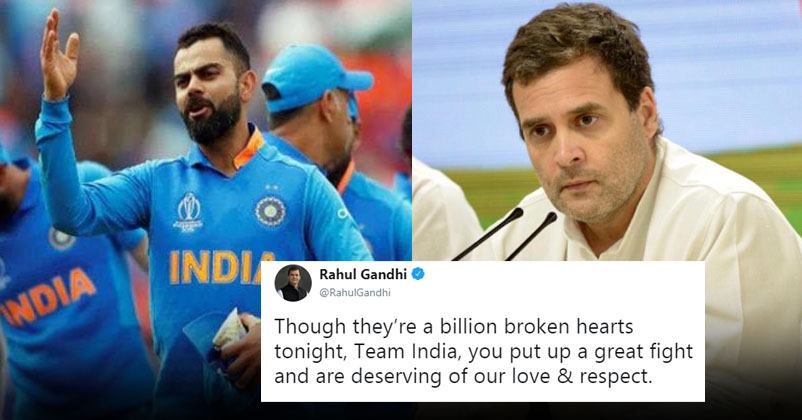 India’s hopes of winning the cricket World Cup 2019 ended yesterday as the Indian team was defeated by New Zealand in the first semi-final of the tournament. Indians were among the favourites to win the tournament and it won’t be incorrect to say that they played like champions, winning all their league matches except the match against England.

The target given by the New Zealand team was 240 which was not a difficult one for team India considering the fact that they have some world-class batsmen who can chase far bigger targets than this in a comfortable manner. However, the Indian innings started badly and the first three top-order batsmen, i.e., Rohit Sharma, K L Rahul and Virat Kohli, departed when the score was just 5. Dinesh Karthik also departed soon and although Hardik Pandya and Rishabh Pant tried to turn the tables, they also failed. 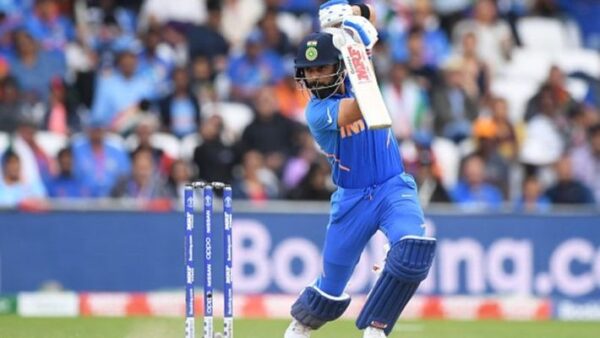 However, two Indian batsmen who indeed need to be praised for their efforts are M S Dhoni and Ravindra Jadeja. They tried their best to win the match for the country but it seems that it was a bad day for India and NZ seized the match by defeating the Indian team by 18 runs.

Social media was obviously flooded with reactions over this; while few were busy criticising the Indian players, there were many who were supporting team India despite their loss in the match. 11 Wickets started the trend of #IStandWithTeamIndia on the micro-blogging site Twitter and fans made tweets under this hashtag, showing their support towards the Indian cricketers and hailing them as champions.

Though we didn’t win but it was a breathtaking clash yesterday!
2023 is going to be our year!#IStandWithTeamIndia #11Wickets #ThankYouMSD pic.twitter.com/tzPxjhJtso

Not just common public but Bollywood celebrities and politicians including the Indian Prime Minister Narendra Modi and Congress leader Rahul Gandhi also praised efforts of the Indian team and cheered them up after the heart-wrenching loss.

Here are some reactions from the celebrities:

A disappointing result, but good to see #TeamIndia’s fighting spirit till the very end.

India batted, bowled, fielded well throughout the tournament, of which we are very proud.

Wins and losses are a part of life. Best wishes to the team for their future endeavours. #INDvsNZ

Though they’re a billion broken hearts tonight, Team India, you put up a great fight and are deserving of our love & respect.

Congratulations to New Zealand on their well earned win, that gives them a place in the World Cup final. #INDvNZ #CWC19

Thank you #IndianCricketTeam for your game & your efforts. You played very well. You bind us together. You bring out the Indian in us. In fact You bring out the tricolour in us. You will always be our Heroes. We love you. 🙏😍🇮🇳 pic.twitter.com/ArwdoroPmF

Respect and thank you team india for giving us everything. #NZvsIND

Love and respect to our indian cricket team ALWAYS! in wins and in losses, we are with you 🇮🇳 well played boys!

You are a true legend of the game @msdhoni, @imjadeja what a brilliant knock !!!! Sad that we a lost today but proud of our Indian Team – & many congratulations to team New Zealand on their win.

Team India! 🇮🇳 We are proud of you. It was a rare bad day in office. Chin up. Well played. Well fought. #INDvNZ

I hate to sound like an old school uncle( trollers will say aunt but it’s not about me) whn I say ..”nazar lag gayee..”the boys fought valiantly and had a great run! We must applaud their incredible journey..not just focus on the destination! #ICCCWC2019 @imVkohli and team INDIA

As these thumbs sadly type the unthinkable, its only fair to applaud New Zealand for this outstanding effort👏👏👏. They read it better they worked it better.
Thank you India for the pride and cheers throughout. Including this fight back. 🙏🙏.#INDvsNZ #cwc2019

#teamindia all the best for the future challenges. We are proud of you. Today was just #onebadday ! @msdhoni you and @imjadeja were so good🙏 #CricketWorldCup2019

Loved supporting our #teamindia you guys played awesome cricket. Just not our day today. I can’t imagine how distraught you guys must be feeling. Thank you for all the wonderful matches you played. Gave us so much to cheer. Love my team. #TeamIndia

The Indian journey in the World Cup may have come to an end but the cricket fans can still enjoy the game of cricket by playing at the 11 Wickets. 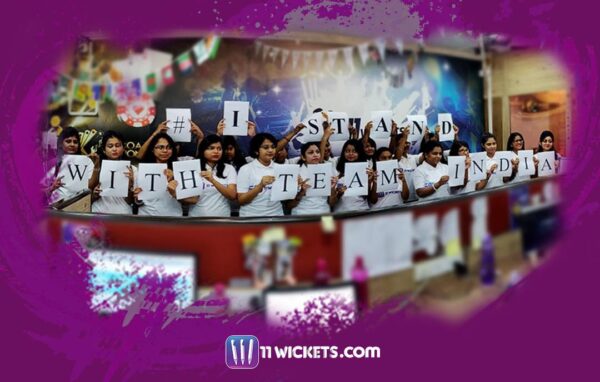 Anyone can earn good amount of cash by playing on 11 Wickets if he has good knowledge of cricket. So what are you waiting for? Get yourself registered and earn handsome money while playing and having fun.