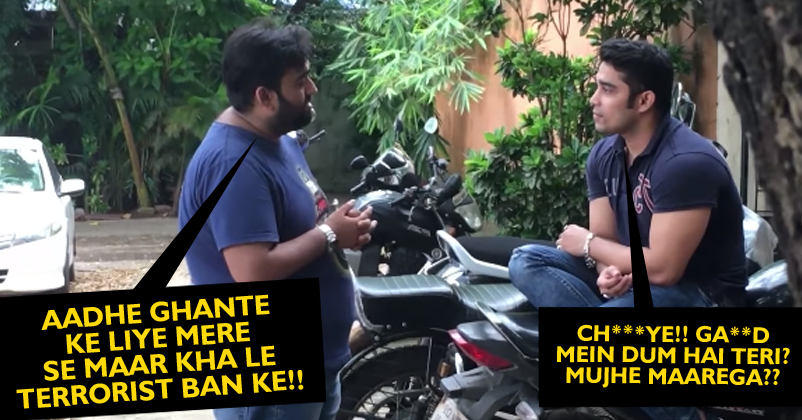 Our 70th Independence Day is just a day away and we RVCJ Team pays our massive respect to our freedom fighters and to The Indian Army for guarding our country and protecting us from various threats. One such threat is Terrorism. A lot of lives have been lost and we extend our most sincere condolences to the families of the victims.

But on a lighter note, this guy went on the streets of India and played a hilarious prank on people where he asked them to become a terrorist so that he could beat the hell out of them which is his childhood’s dream and apparently every Indian’s dream too. Watch It ! !

Wasn’t that hilarious ? Specially that Gym guy on the bike ? Well beating a terrorist for straight is still quite a less of a punishment given the kind of deeds that he has done.

How did you find the video ? Write it down in the comment section below.

Guy Asks Girl To Leave Her BF & Try Him Coz He’s Better! What Followed Is Unbelievable
RJ Naved Went To Muslim Area & Spoke Against Hindus! What Happened Next Is Pure Gold!