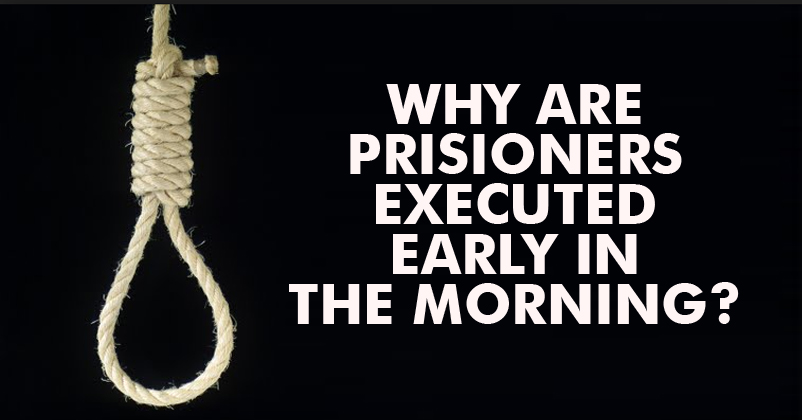 Now this may seem a bit offending to some pseudo criminal sympathizers, but in India, our judiciary system is a bit slow or rusty for awarding death sentences which comes only in rarest of the rare cases. Rapists and even terrorists spends loads of time in prison cell before we finalize their punishment. And in the midst of deciding, they actually get a lot of popularity which indeed helps many lost souls to follow the path of stupidity.

India’s great martyrs BHAGAT SINGH along with SUKHDEV and RAJGURU were executed on 23 March 1931 at 7:30 pm in the Lahore jail. Even low lives like Afzal Guru and Ajmal Kasab were executed early in the morning around 7 AM. So what is with the timing ? Does this have any relevance with a old legendary story ?

We have seen a lot of executions in movies. But hardly anyone of us have ever witnessed a real life face off. During the time of execution, there is just a judicial executioner, a magistrate or his representative, a doctor and some policemen. It is a total private affair and its live telecast is not subjected for mass consumption. Although there had been some exceptions where videos of execution of Sadam Hussain once got viral on Youtube, however it has been removed on the basis of humanitarian grounds.

Some prison policemen believe that the other inmates who might be friend with the prisoner who is being executed can posses as a threat of unrest at the appointed hour. So the execution usually takes place while everyone in the prison are asleep. Another reason for early executions is that a death warrant is often good for just one day. In California, if the execution is not carried out within that 24-hours period, the state must apply for a re-petition in the court for another death warrant. Now this might take another day. So just in order to avoid such things, executions are done early in the morning. Also, another reason is that pre and post execution exercises takes a lot of time which includes medical tests and many file works as a form of standard procedure. So in order to not to disturb anyone’s daily schedule, the execution is done at the early hours. Also, the reason behind early morning executions is to ensure that the the dead body does not starts decaying and the dead person’s family members find enough time to perform the last rites within that day itself. As per to my assumption, if someday (I hope not) I am sentenced to death, psychologically, it will be quite difficult for me to cope up with the fact that within next few hours I will be dead. So the more time I will spend thinking about it, the more will be the mental trauma through which I will suffer. So in order to prevent this mental trauma, early morning executions can be indeed logically justified.

So here were some of the reasons. If anyone of you have ever experienced such executions and managed to come out of it miraculously, please feel comfortable to share your views and knowledge in the comment section below (Humor Intended).

Continue Reading
You may also like...
Related Topics:afzal guru, ajmal kasab, early morning, Execution, morning, prison, sunrise, Why Prisoner Executions Are Carried Out Before Sunrise or In The Early Morning ?