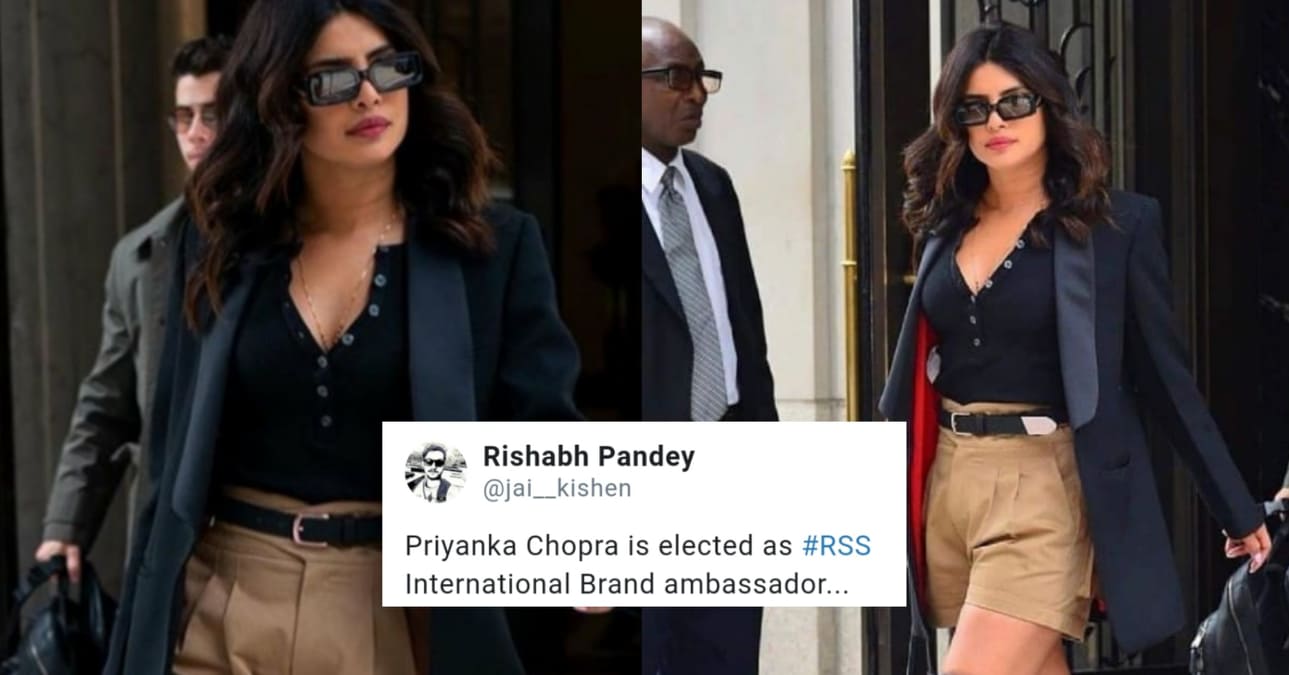 Priyanka Chopra was recently spotted celebrating her mother’s birthday with her hubby Nick Jonas and other family members, not only this she also unveiled her new wax statue. Priyanka Chopra is continuously in news in all the spectrum. From negative to positive. She was also heavily criticized by Salman Khan for refusing the movie Bharat. But keeping aside everything she keeps her head high and keeps moving forward.

Recently Priyanka Chopra was seen wearing khaki shorts, paired with a black top and a coat. It soon became the talk of interest by our desi’s and people joked if she had joined RSS already.

RSS have made inroads into hollywood and bollywood 😉#RSS #ModiSarkar2 #PriyankaChopra pic.twitter.com/mlsDAclfbJ

People might keep trolling her, but her not giving a damn attitude is rocking.
You go Pee Cee!

Sunaina, Hrithik’s Sister Makes A Shocking Statement. She Writes In A Tweet, She ‘ Supports Kangana’
Anurag Kashyap’s Daughter Is The New Fashionista On The Block